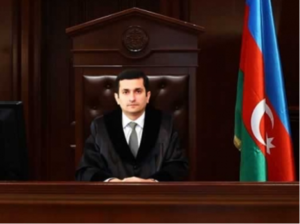 He was the judge to the trial at Baku City Binagadi  District Court and on February 5, 2021 refused  to satisfy the complaint of Mustafa Hajily.

2002 – 2007 – Courier, Programmer, Secretary, Military Court on Grave Crimes of the Republic of Azerbaijan