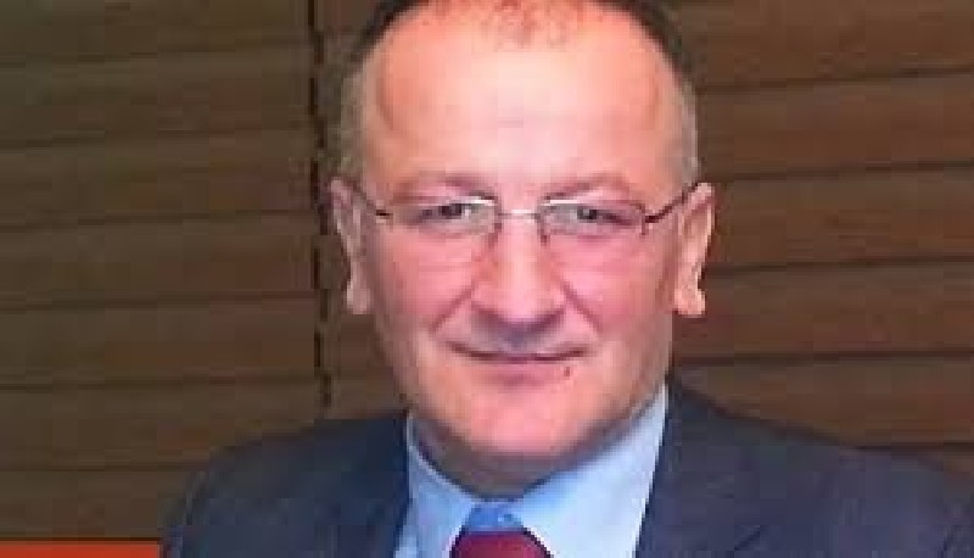 Analysis of violation of law during Mustafa Hajili’s judicial proceedings

Mustafa Hajily, a journalist, a member of the opposition party “Musavat», the Head of which, Arif Hajily, is Mustafa’s brother, the chief of the site www.basta.com.

On 9 February 2020, an early parliamentary election was held in Azerbaijan. On 11 February 2020, after the announcement of the election results, political and socio-political activists, as well as former parliamentary candidates, gathered in front of the Central Election Commission (CEC) administrative building to protest against the utter falsification of the election results. The action lasted for several hours.

Mustafa Hajily along with his wife, Bajihanum Hajily, approached the CEC building, where they saw the protesters and journalists being subjected to inhuman treatment by the police. Protesting against this arbitrariness, M. Hajily shouted out the word “Azadliq” (“Freedom”) a few times. Right at that moment the police officers, without any warning to him and not identifying themselves, twisted his arms from behind and put him into a patrol car that was parked nearby.

Inside the car, the policemen hit him with their fists in the area of his chest and neck. Five to ten minutes later, they forced him out of the patrol car and placed in a large police car without windows.   There were three police officers from the Rapid Response Unit in the car, all wearing helmets on their heads, who started punching and kicking him in the head, face and other parts of his body. The beating continued for 3-5 minutes. In the meantime, M. Hajily started bleeding from his nose and mouth, and he suffered sharp pains in his eyes and head. Then, three policemen got out of the car and he was left alone in the car for about 20-30 minutes. Then one of the policemen opened the car door and asked him where he worked. The policemen of the Rapid Response Unit dropped the journalist off near the CEC building and carried him to the CEC door. There, he washed off the blood and realized that he had lost his glasses. Afterwards, the police officers brought the journalist to the 5th Police Department of the Baku Binagadi District.

At the 5th Division, the police conducted a body examination of M. Hajily, and then took him to the Baku Binagadi District Police Department.  At the Police Department, Mustafa Hajily stated that he had been beaten by the police officers. He was then taken for an alcohol test. He informed the doctor about the beating and asked for help. However, due to the fact that the police officers were around, the doctor did not dare to provide medical assistance to him.

However, the forensic medical examination that was conducted on 13 February 2020, determined the injuries on Mustafa Hajily’s body and face.

With regard to the incident, the journalist filed a complaint to the Prosecutor’s Office about the police’s illegal actions, asking for the initiation of criminal proceedings under the relevant Article of the Azerbaijan Republic Criminal Code.

On 13 February 2020, the Baku Binagadi District Prosecutor’s Office issued a decree not to initiate criminal proceedings.

The journalist M. Hajily applied then to the Baku Binagadi district court with a complaint according to the judicial supervision procedure, in which he indicated that the decision of the Binagadi District Prosecutor’s Office from 13 February 2020, was unreasonable and illegal, and asked the court to reverse that decision.

The court verdict is unlawful and unjustified. According to the Article 68 of the Constitution of the Azerbaijan Republic:

The Article 26 of the Constitution of the Azerbaijan Republic states:

The Article 12.2 of the Code of Criminal Procedure of the Azerbaijan Republic states:

The victim of a criminal act shall have the right to demand criminal prosecution, to take part in it as a victim or as a victim bringing a private prosecution and to obtain compensation for non-material, physical and material damage as required by this Code.

As mentioned above, the journalist Mustafa Hajily had suffered from the police officers’ illegitimate actions, who had inflicted numerous physical injuries to him, as confirmed by the forensic medical examination results on 13 February 2020.

The ruling of the Baku Binagadi District Prosecutor’s Office was also issued on 13 February 2020.

The Article 207.1. of the Code of Criminal Procedure of the Azerbaijan Republic defines the procedure for verification of the complaints concerning either committed or forthcoming crimes:

207.1.1. register immediately and examine any information received from individuals or legal entities about an offence committed or planned, and information within the investigating authority’s jurisdiction which has been published in the media and submitted together with confirming documents;

207.1.2. when necessary, to conduct a preliminary investigation on the existence of sufficient grounds for initiation of a criminal case within 3 (three) days, if necessary, and within 10 (ten) days, if not possible, in connection with obtaining an expert opinion or in cases provided by the Article 207.3 of this Code, within 30 (thirty) days, after receiving the report on the committed or forthcoming crime (except reports of obvious crimes);

207.1.3. decide whether or not to proceed with the case, depending on the results of the examination (or verification) of the information concerning the offence committed or planned.

The coinciding date of the forensic examination report and the ruling refusing to initiate criminal proceedings against the police officers who used force against M. Hajily indicates that the journalist’s complaint was considered biased, subjective and one-sided. The denial to initiate a criminal case was not grounded and purely formal in nature. The Prosecutor’s office did not conduct any further investigation into the complaint and issued a resolution not to institute criminal proceedings right on the day it received the forensic examination results. Regardless of such obvious facts of bias against M. Hajily, the Binagadi district Court considered the Prosecutor’s Office decision as justified and lawful.

In the Article 13 of the Law of the Azerbaijan Republic On Police states, that general duties of a policeman are the following:

III. While addressing any person a policeman must introduce himself by telling his name, surname, rank and producing his identification card.

VII. When received evidently illegal order or instructions a policeman must obey the law and inform the police management about it.

Ensuring the personal safety of everyone is the duty of the police officers in the area of public order and public security (Article 14, paragraph 2 of the Law of the Azerbaijan Republic On Police).

According to the Article 26 of the Law of the Azerbaijan Republic On Police, only in the below-mentioned cases a policeman may apply physical strength against the person who does not execute his lawful requirements:

There was no record of any offence or crime committed by M. Hajily, so the police officers’ application of physical force against the journalist was unlawful.

It is considered a violation of the Article 3 of the European Convention for the Protection of Human Rights and Fundamental Freedoms, in cases involving ill-treatment and some level of severity. As a consequence, the jurisprudence has elaborated the meaning to be given to the various notions contained in this article: inhuman, humiliating treatment; inhuman, disgraceful punishment. Torture is an aggravated form of inhuman treatment.

The judgment of the European Court of Human Rights in the case of Soring v. UK dated July 7, 1989, states, “The Article 3 makes no provision for exceptions and no derogation from it is permissible under the Article 15 (art. 15) in time of war or other national emergency. This absolute prohibition of torture and of inhuman or degrading treatment or punishment under the terms of the Convention shows that the Article 3 enshrines one of the fundamental values of the democratic societies making up the Council of Europe. It is also to be found in similar terms in other international instruments such as the 1966 International Covenant on Civil and Political Rights and the 1969 American Convention on Human Rights and is generally recognised as an internationally accepted standard”.

Thus, the inadequate and illegal use of physical force by the police officers against Mustafa Hajily violated the prohibition of inhuman treatment and torture, whereas the Prosecutor’s office and the court denying the journalist’s complaint also upheld the illegal actions of the police officers.