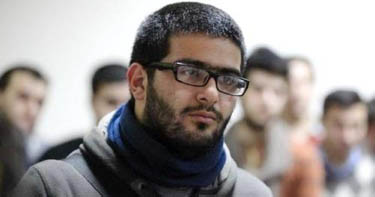 Analysis of violation of law during Ilkin Rustamzade’s judicial proceedings

The Baku Court of Appeal

Respondent: The Central Election Commission of the Azerbaijan Republic

Ilkin Rustamzade, a member of the civil movement N!DA, was detained by the police in 2013 following the rallies organized by the N!DA movement against the growing non-combatant soldiers’ mortality in the army. The rallies were characterized by a significant number of participants and attracted a large crowd of the young people. Besides Ilkin Rustamzade, 7 other members of N!DA movement were detained in the period from January to May 2013, four of them were the organization board members.

Almost all of the detained N!DA activists were charged with the organization and participation in the rioting.

Ilkin Rustamzade was charged with the committing of crimes under the Articles 220.1 (The organization of a mass disorders accompanied with violence, breaking, arsons, destruction of property, application of fire-arms, explosives, and also rendering of armed resistance to representative of authority, or participation in such disorders) and 228.3 (Illegal purchase, transfer, selling, storage, transportation or carrying of fire-arms, accessories to it, supplies, explosives, committed by organized group) of the Criminal Code of the Azerbaijan Republic (CC AR). Following the six-month trial, on 6 May 2014, the Baku Court on Serious Crimes issued a verdict according to which all the accused had been found guilty and sentenced from 6 to 8 years imprisonment. Ilkin Rustamzade was found guilty of the charges and sentenced to 8 years imprisonment. The local and International human rights organizations recognized all the convicted N!DA activists as political prisoners.

In February 2019, the European Court of Human Rights (ECHR) rendered a decision in the case of Ilkin Rustamzade’s unlawful arrest. The ECHR found a violation of the Article 5 (right to liberty and security of individuals) of the European Convention for the Protection of Human Rights and Fundamental Freedoms.  On 17 March 2019, Ilkin Rustamzade was released by the Presidential decree on pardon.

On 21 December 2019, I. Rustamzade sent a request to the Second Nizami constituency #25, where he sought to put forward his candidacy for the Parliament. On 25 December 2019, the Second Nizami constituency #.25 decided to deny approval of Ilkin Rustamzade’s candidacy, on the grounds of his criminal record. Having disagreed with the constituency decision, I. Rustamzade, according to the law, appealed that ruling to the Central Election Commission of the Azerbaijan Republic (CEC AR).

According to the Azerbaijan Republic legislation, the complaint concerning the violation during the elections should be addressed to the CEC of AR. The second instance is the Court of Appeal. On January 4, 2020, CEC of AR made a decision to reject the complaint of Ilkin Rustamzade on the same grounds as the Second Nizami constituency #25.

On 15 January 2020, the Baku Court of Appeal issued a decision to reject Ilkin Rustamzade’s claims and left in force the January decision of the Central Election Commission of the Azerbaijan Republic.

The court verdict is illegal and unjustified. According to the Article 54 (I) of Constitution of Azerbaijan Republic, citizens of the Azerbaijan Republic have the right to take part in political life of society and state without restrictions.

The Article 56 of the Constitution of Azerbaijan states:

The Article 3 of the Electoral Code of the Azerbaijan Republic states, “Citizens of the Azerbaijan Republic, regardless of their race, nationality, religion, gender, origin, property status, official position, beliefs, affiliation to political parties, trade unions and other public associations or any other status, have the right to vote, be elected and participate in the referendum”.

The Article 4 of the Electoral Code of the Azerbaijan Republic stipulates equal participation of all citizens in  the country elections and referendums.

As mentioned above, in February 2019, the European Court of Human Rights (ECHR) delivered a resolution in the case of Ilkin Rustamzade, according to which it was determined a violation of the Article 5 (right to liberty and security of person) of the European Convention for the Protection of Human Rights and Fundamental Freedoms. This means that the arrest of I. Rustamzade has been declared unreasonable and unlawful by the ECHR.

Following the European Court of Human Rights ruling on the case of Ilkin Rustamzade, the Plenum of the Supreme Court of the Azerbaijan Republic was forced to re-examine his case. According to the Article 455.0 of the Criminal Procedure Code of the Azerbaijan Republic (CPC AR), the grounds for consideration of judicial acts are based on new circumstances related to the violation of rights and freedoms as follows:

However, the courts of the Azerbaijan Republic violated the constitutional right of the former political prisoner: the right to participate in elections, the right to be elected and the right to be involved in the state administration.