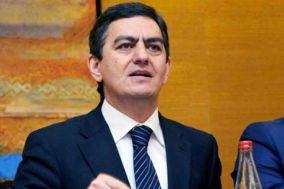 Analysis of violation of law during Ali Kerimli’s judicial proceedings

The representative of both parties- defendants and their lawyer: Alirza Habilov

Third party: Chingiz Askarov, Plenipotentiary of the Azerbaijan Republic to the European Court of Human Rights

On 5 September 2006, the leader of the Popular Front of Azerbaijan (PFA), Ali Kerimli, applied to the Baku Nasimi District Court with a lawsuit against the Passport Registration and Migration Department of the Ministry of Internal Affairs of Azerbaijan with a request to oblige the Department to issue him a civil passport (passport for traveling abroad). On 2 November 2006, the Baku Nasimi District Court rendered a decision refusing to satisfy the claims of Ali Kerimli. Having disagreed with that decision, A. Kerimli filed an appeal. The appeal was reviewed by the Baku Court of Appeal. On 14 March 2007, the Baku Court of Appeal issued a decision to deny the appeal and leave the decision of the first instance court from 2 November 2006, unchanged. The decision of the Court of Appeal was also appealed by the complainant to the Supreme Court of Azerbaijan by submitting a cassation appeal. On 15 February 2008, the Supreme Court of Azerbaijan ruled that the case should not be considered by the court and ordered to end up the proceedings.

It should be noted that Azerbaijan has been a member of the Council of Europe since January 2001, and therefore the Azerbaijan Republic has signed the European Convention for the Protection of Human Rights and Fundamental Freedoms and its Protocols.

The plaintiff, Ali Kerimli, justified the claim by invoking the Article 2, paragraph 2, of Protocol No. 4 of the European Convention for the Protection of Human Rights and Fundamental Freedoms. This article states: “Everyone shall be free to leave any country, including his own”.

The judgment issued by the ECHR in the case of Ali Kerimli v. Azerbaijan on 16 July 2015 stated the following: “Article 2 of Protocol No. 4 to the Convention guarantees to any person a right to liberty of movement, including the right to leave any country for such other country of the person’s choice to which he or she may be admitted. Any measure restricting that right must be lawful, pursue one of the legitimate aims referred to in the third paragraph of the above‑mentioned Convention provision and strike a fair balance between the public interest and the individual’s rights” (Paragraph 45, case Ali Kerimli vs. Azerbaijan) –

Also, according to the Paragraph 47 of this ECHR decision, it was said that the refusal of the state structures to extend the term of the passport (issuance of a new passport) resulted in the restriction of the applicant’s right to leave the country. The refusal to issue the passport to A. Kerimli failed to pursue any legitimate objective.

In addition to the Protocol 4 of the European Convention for the Protection of Human Rights and Fundamental Freedoms, the right to leave the country freely is also guaranteed by the Article 13 of the Universal Declaration of Human Rights. Paragraph 2 of the Article 13 states: “Everyone has the right to leave any country, including his own, and to return to his country”.

Passports are issued to all citizens of the Azerbaijan Republic who have reached the age of 18, and in special cases, to citizens who have not reached the age of 18 who leave the country for education purposes, participation in the international events, treatment or permanent residence, and are valid for entry and exit to all countries.

The Article 4 of the mentioned Law regulates the procedure of issuing passports for all citizens. Thus, the civil passport is issued by a body of internal affairs at the place of residence not later than one month after the citizen applied to it on a basis of his/her application, identity card, photo, state duty receipt, and if necessary, documents confirming the Azerbaijan Republic’s citizenship.

According to the Article 9 of the “Law of the Azerbaijan Republic about Exit from the Country, Entry into the Country, and about Passports”, it is said about the cases when the passport can be refused. Thus, it might be refused to issue a citizen passport if submission of a document containing false information about a citizen or a document that has been no longer valid. In this case, the issue of new passport may be considered only after the submission of valid documents. Refusal to issue a passport in connection with state or military confidentiality is carried out only in cases stipulated by the legislation of the Azerbaijan Republic.