UNLAWFUL AND UNREASONABLE VERDICT AGAINST A HUMAN RIGHTS DEFENDER 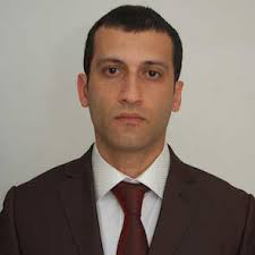 Analysis of violation of law during Elchin Mammad’s judicial proceedings

On 30 March 2020, Elchin Mammad, the Head of the NGO “Sumgayit Youth Legal Education Society” and the editor-in-chief of www.yukselis.info was detained on suspicion of stealing someone’ property in Sumgayit. In the NGO office it was carried out a search, which resulted in Sumgayit resident, also it was found an ammunition. As it was known, A. Mustafayeva made a statement to the police that blamed Elchin Mammad of stealing from her bag the gold jewelry. E. Mammad told the Turan News Agency that Aysel Mustafayeva had asked him for legal assistance, and then she filed a complaint with the police blaming him in stealing her jewelry. Elchin Mammad called it absurdity. He also said that the woman had perjured herself in the criminal case of Anar Mammadov, the editor of www.criminal.az. E. Mammad linked the prosecution against him to a report on the human rights situation in Azerbaijan, which was published on the website on 24 March 2020, where he was taking a managerial position as the editor-in-chief.

It’s worth to remind that Elchin Mammad was also a candidate from the 42nd electoral district of Sumgayit to the Parliament in the elections on 09 February 2020. In 2014, Elchin Mammad was summoned to the Serious Crimes Department of the Azerbaijan Republic General Prosecutor’s Office where he testified as a witness in connection with the criminal case against a number of the independent NGO. In 2015, he was detained and then released.

On 31 March 2020, Elchin Mammad was charged with the crime under the Articles 177.2.4 (Theft with considerable damage) and 228.1. (Illegal storage of weapons) of the Criminal Code of the Azerbaijan Republic.  Elchin Mammad was sentenced to 3 months of imprisonment by the judgement of Sumgayit city court issued on 31 March 2020.

The Amnesty International human rights organization released a statement with regard to Elchin Mammad’s arrest stating, “The new criminal case is again based on false accusations, and this is another act of revenge for his critical reports in the field of human rights.”

At the end of the preliminary investigation, the criminal case was referred to the Sumgayit City Court. During the trial, his lawyer asked the court to change the preventive measure in the form of arrest, since his client, E. Mammad was not able to influence the persons involved in the process, escape from justice, or participate in falsification of investigative documents. The court denied the lawyer’s request. Elchin Mammad did not plead guilty to the charges.  Aysel Mustafayeva, who filed a complaint with the police accusing Elchin Mammad of stealing her jewelry, during the trial filed a statement that she had no claims and complaints against E. Mammad. In the course of trial Elchin Mammad testified that he had not been interested in the course of process since the only thing he had been looking for was the justice for him.

On 26 August 2020, the trial of the human rights activist continued. During the trial, Aysel Mustafayeva was questioned as a victim. E. Mammad’s lawyer asked A. Mustafayeva where, when and from whom she bought the gold jewelry. The victim’s answers were contradictory: first she said that she had bought them in the department store “Moscow” 2 years ago, and then she said that she had received them as a gift. A. Mustafayeva also testified that on 14 March 2020, she came to E. Mammad’s office for a legal consultation bringing the jewelry that she had left there.

On 15 March 2020, she realized the missing jewelry missing and thought that it might have been stolen in Mammad’s office. But she did not say anything about it to Elchin Mammad. The victim found out about the loss of jewelry on 15 March, but filed a report to the police only on 24 March. A. Mustafayeva explained that contradiction by the fact that she had repeatedly called Elchin Mammad asking about the missing jewelry. Whereas Elchin Mammad stated that she had called him only once, on 17 March, and then she had written a message full of insults.

The next court hearing, scheduled on 02 September 2020, was postponed to 07 September for unknown reasons. On 07 September the trial was not held either and was again postponed. It should be noted that the court did not provide the reasons foray of those delays. It was known that during the postponed court hearings the following people should have been interrogated: the chief of the 1st Police Department of Sumgayit City police Azer Ahmadov, who was conducting a search in the office of NGO, the Chief of criminal investigation of Sumgayit City Police Department Hagverdi Zeynalov as well as some other police officers.

Elchin Mammad appealed to the Judicial Legal Council in connection with the violations. In his appeal, the human rights defender noted that he had been concerned about the frequent unjustified postponement of the judicial process.

The trial continued on 18 September 2020. However, Azer Ahmadov, the Head of the 1st Police Department of the Sumgayit City, and Hagverdi Zeynalov, the Head of the Criminal investigation of the Sumgayit City Police Department, did not appear in the court, no reasons were justified. The witnesses, Arazkhan Seyfullayev and Munasib Rustamov, who also had been invited as witnesses by Elchin Mammad to take part in the search of his office since they had been living nearby. They observed the search process standing behind the office door. According to them, despite the fact that there were about 10 policemen in the office, only one of them was conducting the search. The official witnesses explained that the policeman conducting the search had “found” the jewelry in the drawer, while the cartridges were “found” in another filling cabinet. They expressed their opinion saying that most likely all those things had been placed in the office in advance.

Hagverdi Zeynalov testified that he, along with Elchin Mammad, arrived at E. Mammad’s apartment in order to pick up the keys from Mammad’s office. Then, he together with Azer Ahmadov searched E. Mammad’s office. He also testified that a search in E. Mammad’s apartment had not Benn conducted despite the existence of such a court order. The policeman could not explain the reason behind it. H. Zeynalov declared that he had found the jewelry in the armoire that he’d approached the first, and the bullets had been found in another locker. H. Zeynalov also pointed out that the experts had not taken any fingerprints on the found items.

The other policeman, Eldjan Ismayilbeyli, testified that he had received an order to detain E. Mammad and that he along with other policemen had detained E. Mammad in his apartment. The policeman declared that his goal had been to protect the human rights defender and he also had provided his security in the office while the search had been conducted. E. Ismayilbeyli also testified that the policeman who had been conducting the search, had indeed found the jewelry and bullets in the first armoire that had come across.

During the trial, the human rights defender’s lawyer filed a petition. The petition concerned the submission of the case (No. 2477) documents submitted through the 1st Police station concerning the threat to Elchin Mammad’s life. The petition was justified by the fact that E. Mammad repeatedly received threats in connection with his professional activities. As for these threats, the human rights defender appealed to the Prosecutor’s Office. The complaint was sent to the 1st Police station for consideration. According to the interrogator Ruslan Veliyev’s ruling, the criminal case was denied. The lawyer was informed about this when he was at the designated police station. According to the lawyer, Elchin Mammad’s complaint had been examined acquiescingly, and a day after Aysel Mustafayeva filed the complaint, a criminal case was initiated against E. Mammad. The judge, having discussed the complaint, issued a decision to deny the lawyer’s request.

On 14 October 2020, the Sumgayit City Court issued a sentence against Elchin Mammad. According to the verdict, the human rights defender was found guilty in committing the charges and was sentenced to 4 years of imprisonment.

The court verdict is unlawful and unjustified. While investigating and considering criminal cases, it is important to observe the principle of legality enshrined in the Article 10.1 of the Criminal Procedure Code of the Azerbaijan Republic. According to this article,

In all cases, the investigative bodies are obliged to respect the human rights and freedoms.

In that case under consideration, the investigation bodies and the court violated the principles of the Criminal procedure law. The violations in the course of the investigation and trial were rather gross and serious. They concerned both the Norms of Substantive Law (Criminal Code of the Azerbaijan Republic) and the Norms of Procedural Law (Criminal Procedure Code of the Azerbaijan Republic).

According to the order of the Sumgayit City Court on 28 March 2020, a search was to be carried out in the office where the non-governmental organization “Sumgayit Youth Legal Education Society” was located, as well as in the apartment where Elchin Mammad was residing. Despite the court order, the search was carried out only in the office of the organization. For unknown reasons, the apartment of Elchin Mammad was not searched. The court did not find out the reasons why the search had not been carried out in the apartment. The lawyer asked the court to invite for interrogation the investigator who had been conducting the criminal case. During the trial the investigator Rafiq Ganbarov could not explain the reasons why, despite the court order, the search had been carried out only in E. Mammad’s office. The bias and lack of objectivity of the investigative body are obviously seen in this case.

The criminal case is based on evidence collected and submitted to the court by the investigating body. The following items were submitted as evidence: the victim’s statement-complaint, the search protocol in E. Mammad’s office, the witnesses’ testimony, etc.

According to the Article 33.1 of the Criminal Procedure Code of the Azerbaijan Republic,

during the proceedings the judges and jurors shall assess the evidence collected on the criminal case in accordance with the requirements of this Code.

The evidence provided to the court was not sufficient to convict the defendant. According to the Article 146.1 of the Criminal Procedure Code of the Azerbaijan Republic, the notion that sufficient evidence has been collected for the prosecution means that the amount of evidence on the facts to be determined is such as to allow a reliable and final conclusion to be reached on the case.

The Article 146.2 of the Criminal Procedure Code of the Azerbaijan Republic states, that

the sufficiency of evidence for the prosecution shall help to achieve the following:

146.2.1. the investigation and the court proceedings to be carried out purposefully;

146.2.2. the court’s perspective on the prosecution to be determined in good time;

146.2.3. a correct and well founded decision to be taken on the prosecution.

Due to the fact that the investigation, and then the court, could not prove the guilt of the accused, E. Mammad should have been acquitted.

According to the Article 42.1 of the Criminal Procedure Code of the Azerbaijan Republic,

an accused person may be declare innocent of the offence and acquitted by the court in the following circumstances:

In this case, the involvement of the human rights defender in the crime was not proved during the trial.

Partiality, bias of the court violated the human rights defender’s right to a fair trial guaranteed by the Article 6(1) of the European Convention for the Protection of Human Rights and Fundamental Freedoms. This Norm mainly guarantees the right to a fair trial, and therefore the right of every participant in the trial to “the proper course of justice”.

The judgment of the European Court of Human Rights (ECHR) in the case Delcourt v. Belgium of 19 January 1970 states, “In a democratic society, within the meaning of the Convention, the right to the proper administration of justice occupies such a significant place that a restrictive interpretation of the Article 6(1) would not be consistent with the objectiveness and aim of this norm.