THE COURT VERDICT AGAINST ELVIN ISAYEV IS UNLAWFUL AND UNREASONABLE 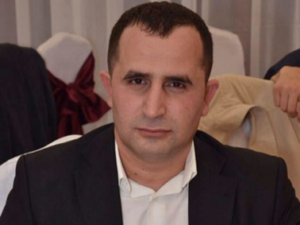 Analysis of violation of law during Elvin Isayev’s judicial proceedings

In 2001, Elvin Isayev, an Azerbaijani blogger, received Russian citizenship, and in 2014 he was issued a new Russian passport, in view of the loss of the old one. Elvin Isayev lived with his wife and two minor sons in St. Petersburg, and all of his family members are also Russian citizens. In 2014, he started a blog on YouTube, in which he sharply criticized the government of Azerbaijan, spoke extremely disrespectfully about the president of the country and his family members. In a matter of five years, the blogger has collected 17 thousand subscribers.

In June 2018, he recorded an “Appeal to the Azerbaijanis living in Russia”, in which he urged his fellow citizens “not to be afraid of the government” and “save the country”. A week later, the blogger registered a video, in which he told about the threats he had received. According to him, a certain person demanded him “to stop criticizing the family members of the president, the president himself, as well as the government of Azerbaijan”, threatening him with death.

On 24 August 2019 Elvin Isayev was detained while driving from Petro-Slavyanka settlement to St. Petersburg.

Right on 26 August, the Dzerzhinsky District Court of St. Petersburg found Elvin Isayev guilty of violation of the regime of foreign citizens or persons without citizenship who entered into the territory of the Russian Federation (according to the Code of administrative violations of the Russian Federation) and issued a resolution on deporting him to Azerbaijan with penalty of 5 thousand rubles. For that he was sent to the Temporary Detention Center for Foreign Citizens (TDCFC).

However, E. Isayev’s lawyers urgently filed a petition to the European Court of Human Rights (ECHR) to apply the “Rule 39” to Elvin Isayev. Usually, the ECHR considers the received appeals for quite a long time, but in case of emergency when there is a threat to the life and health of a person, the ECHR may request the national court to take “interim measures” to guarantee the security to the applicant. This requirement is mandatory according to the practical guidelines on the application of interim measures (called “Rule 39”) of the ECHR regulations. And, at the next session of the Dzerzhinsky District Court of St. Petersburg, a notice from the ECHR came with a demand to suspend the deportation.

On 10 September 2019, the Dzerzhinsky District Court of St. Petersburg overturned its ruling. After that, Elvin Isayev was released. Since then, nothing was known about E. Isayev’s whereabouts. E. Isayev’s relatives remained wary of his extradition or abduction and his deportation to Azerbaijan.

Back on 22 August 2019, the Baku Nasimi District Court adopted a ruling on the application of preventive measures in the form of arrest against Elvin Isayev.

On 14 December 2019, Elvin Isayev was detained in Ukraine “for violation of the immigration law” and deported to Azerbaijan, where he was imprisoned in Baku Investigative Isolator № 1.

According to the investigation version, in 2018 Elvin Isayev joined a criminal conspiracy group of political emigrants from Azerbaijan, through social networks and on his YouTube channel distributed videos, in which he opposed the state and made appeals for violent downfall of the power.

In the course of the preliminary investigation, E. Isayev admitted his guilt. However during the trial he denied his guilt and testified that he had admitted under the pressure. Isayev also stated that he had been subjected to physical and psychological pressure. At the trial, E. Isayev said that he, as a free man and opposition minded citizen, had the right to express his opinion, did not approve of the authorities’ policies such as injustice, and he could not keep silence about it. Elvin Isayev admitted that he had participated in a rally in Berlin, but pointed out that it was not a crime. He also said that during the 9 months in the pre-trial detention center he had not been allowed to see his lawyer, he had been deprived of the opportunity to see his elderly, sick father.

The only witness in the case, Elchin Sadigov, testified during the trial that he had established a relationship with the defendant in the 2017. At that time, E. Isayev was engaged in charitable activities and helped the village where he was originally from. Since 2018, E. Isayev has begun displaying videos on the social networks, in which he had been openly speaking out against the President Aliyev and his policy in Azerbaijan. At the rally in Berlin, Isayev spoke out against the authorities and urged others to do the same. After that Elchin Sadigov talked to Isayev’s uncle, Yalchin Isayev. He called Elvin from Yalchin Isaev’s WhatsApp number and told him that he was not on the right track

The forensic-linguistic examination on 08 November 2019, revealed that there had been phrases threatening the public security in Azerbaijan, that urged to forcibly change the constitutional order of Azerbaijan, mass disorders and forcible seizure of power in E. Isayev’s statements. They also contained anti-Azerbaijani standpoint and separatist rudiments.

The forensic psychiatric examination on 14 January 2020, proved that during the criminal act E. Isayev had not suffered from any mental illness or mental disorder.

The forensic narcological examination on 22 January 2020, indicated that E. Isayev neither had had drug addiction nor needed forced treatment.

On 30 October 2020, the Baku Court on Serious Crimes issued a sentence to Elvin Isayev according to which he had been found guilty of committing crimes stipulated by the Articles 12.1, 220.1. and 12.1, 281.2. of the Criminal Code of the Azerbaijan Republic and sentenced him to 8 years of imprisonment in a general regime colony.

The court verdict is illegal and unjustified. According to the Article 12.1 of the Criminal Procedure Code of the Azerbaijan Republic, the judicial authorities shall observe the human and civil rights and liberties afforded by the Constitution to all participants in criminal proceedings. This procedure also applies to the arrested persons. Thus, if a person is detained according to a court order, he should not be deprived of procedural rights.

According to E. Isayev, he was denied access to his chosen lawyer for 9 months. According to the Article 61 (I) of the Constitution of the Azerbaijan Republic, everyone has the right for obtaining qualified legal advice. Lack of an attorney, especially during the preliminary investigation, puts any participants of criminal proceedings in an unequal position. Any detainee has the right to consult with his lawyer. Despite E. Isayev’s statement during the trial that he had been refused a meeting with his lawyer, the court either did not take any steps to establish the truth on this issue or did not make any special determination with regard to those who had violated the procedural rights of the accused.

Under Article 6, paragraph 3 and subparagraph “c” of the European Convention on Human Rights, everyone charged with a criminal offence has the following minimum rights:

(c) to defend himself in person or through legal assistance of his own choosing or, if he has not sufficient means to pay for legal assistance, to be given it free when the interests of justice so require.

The right to protection is also enshrined in the Article 14, paragraph 3 and subparagraph “d” of the International Covenant on Civil and Political Rights.

During the trial, the defendant claimed that he had been subjected to physical and psychological torture while undergoing the preliminary investigation. Despite such an important statement, the court did not take the initiative in investigating such a statement. Tortures and inhuman treatments are prohibited under both National and International laws. Thus, according to the Article 46 (III) of the Constitution of the Azerbaijan Republic, nobody must be subject to tortures and torment, treatment or punishment humiliating the dignity of human beings.

The Article 13 of the Criminal Procedure Code of the Azerbaijan Republic states:

13.1. It shall be prohibited to take decisions or allow acts during the criminal prosecution which debase the honour and dignity of the person or may threaten the life

and health of the participants in the proceedings.

13.2. During a criminal prosecution nobody shall:

13.2.1. be subjected to treatment or punishment that debases human dignity;

13.2.2. be held in conditions that debase human dignity;

13.2.3. be forced to participate in carrying out procedures that debase human dignity.

In addition, there are numerous judgments of the European Court of Human Rights (ECHR), which are binding on the Council of Europe member states, including the Azerbaijan Republic.

Thus, in the judgment of the European Court of Justice in the case of Tomasi v. France from 27 August 1992, it is written: “The Convention categorically prohibits torture and inhuman or degrading treatment or punishment, regardless of the victim’s (accused) behavior. Unlike most of the Convention’s Articles and Protocols No. 1 and 4, the Article 3 does not provide for any exemptions and, according to the Article 15, paragraph 2, there can be no derogations from the Article 3, even in a state of emergency that threatens the existence of the nation”.

“Even in the most difficult circumstances, such as the fight against terrorism and organized crime, the Convention categorically prohibits torture or inhuman or degrading treatment or punishment” (decision in the case of Assenov and others v. Bulgaria, on 28 October, 1998).

Let’s proceed to the analysis of the evidence-based data collected by the investigating authority. As mentioned above, the main evidence in the case were the testimony of witness Elchin Sadigov and the forensic-linguistic examination report dated 08 November 2019. It is known that the experts conducting the examination pointed out that E. Isayev’s statements had contained the phrases threatening the public security of Azerbaijan, appealing for violent change of Azerbaijan’s constitutional order, mass disorders and violent seizure of power, they also had contained anti-Azerbaijani position and separatist rudiments. All of the above is a legal characteristic, not an expert one in any way. Therefore, it follows that the experts have actually exceeded their authority, noting the legal qualification of the imputed crime. The court sentence does not indicate any specific phrases or statements, which the experts referred to this or that category (forcible seizure of power or forcible change of the constitutional regime in Azerbaijan). According to the Article 97.3 of the Criminal Procedure Code of the Azerbaijan Republic, a person may not be appointed as an expert or be called in another capacity on judicial aspects of the criminal proceedings.

The court took the expert opinion as a basis of the conviction. But according to the Article 127.3 of the Criminal Procedure Code of the Azerbaijan Republic, the expert’s opinion shall not be binding on the preliminary investigator, investigator, prosecutor or court; it shall be checked by the prosecuting authority in the same way as any other evidence and evaluated in the light of all the relevant facts. If the opinion is not approved, a reasoned decision to that effect shall be given. Despite the existence of this norm, the court did not doubt in such a questionable opinion and did not call the expert for questioning in court.

The court sentence against Elvin Isayev was not only illegal and groundless, but also unmotivated. Although the Article 349.3. of the Criminal Procedural Code of the Azerbaijan Republic states that the court sentence must be lawful and motivated.

Thus, violations of norms of both procedural and substantive legislation, as well as of the International treaties in the criminal case resulted in the conviction and illegal detention of a person whose guilt was not proved by the investigating body in the court, and the doubts that arose during the trial were not interpreted in favor of the accused.