THE JUDGES
WHICH PASSED SENTENCE BY POLITICAL ORDER 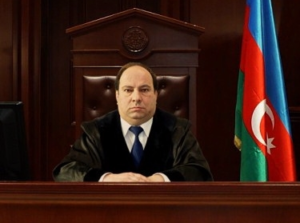 He was the judge to the trial at Baku Court on Grave Crimes and on May 20, 2022 sentenced Razi Humbatov to 6 years of imprisonment.

Garibov Fikrat also was the chairman to the trial of political prisoner, member of opposition Popular Front Party, Fuad Ahmedli. Аnd on July 16, 2017 sentenced F. Ahmedli  to 4 years of imprisonment.