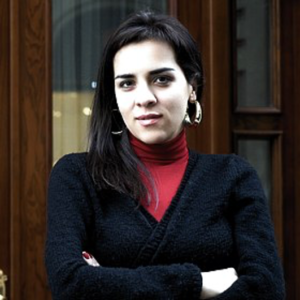 Analysis of violation of law during Aygun Aliyeva’s judicial proceedings

The journalist Aygun Aliyeva had worked at the Azerbaijani state news agency ” Azertaj” for 21 years. She was fired on 19 September 2020.

“At first, I was told that the State Security Service (SSS) had allegedly filed a complaint against me and initiated a case specifically against me. However, when the SSS denied that information, they said that I had been fired by Vugar Aliyev who worked at the Presidential Administration”.

Aygun Aliyeva had been an editor in charge of news for more than three years, she edited and produced news content. She graduated with a master’s degree in journalism from Baku State University, edited news on economic topics, accompanied the president and his wife to official events, and worked as a correspondent in Bosnia and Herzegovina, Malta, Italy, Serbia, and Montenegro.

The journalist was seeking an answer to the question,

“Why now, have I become an incompetent journalist over the years of work and having such an experience?”

According to her, the problems arose after her posting criticizing the municipalities’ activities. Aygun Aliyeva told the Turan Agency that she wrote the following phrase in connection with the municipal elections on her Facebook page, “Why do I have to go to vote? They haven’t even set up a single trash can”.   After that, she was demanded to write an explanatory letter.

“I replied that even the Head of the State criticizes the municipalities, what’s the big deal here? But I was informed that it was a requirement of the Presidential Administration”. – http://turan.az/ext/news/2021/3/free/Social/en/2501.htm

Aygun Aliyeva revealed that she was also reprimanded at “Azertaj” in connection with her other post. “On 3 August I was told, ” You wrote “I gave birth to two children”, aren’t you ashamed, your behavior does not conform to an Azerbaijani woman’s image”. – http://turan.az/ext/news/2021/3/free/Social/en/2501.htm

She was asked to write a voluntary letter of resignation, but disagreeing to do so, she filed a lawsuit against the “Azertaj” agency.

“If I bring up the fact that the municipality has not placed the garbage container and I complain about it, should I be fired due to that? Right now, in my department, they are saying that I am an oppositionist, urging people to boycott elections. What I really want to say is, a person expressing dissatisfaction about something is not an oppositionist. He is just a citizen,” said Aliyeva.

Aliyeva’s lawyer requested the court to cancel the order of dismissal dated on 19 September  2020, restore her client at work and pay her salary for the months during which she was not allowed working.

The court verdict is unlawful and unjustified. In the judgment, there are listed the defendant’s representative’s and lawyer’s arguments. According to these arguments, Aygun Aliyeva, being on a business trip to Barcelona, doubted the activities of the Azerbaijani Embassy in Spain in the area of national interest protection that she expressed in her statements, also, she “teased” over the decisions of the Operational Staff at the Cabinet of Ministers regarding the pandemic, and opposed these decisions. The court’s decision states that Aliyeva published the posts on Facebook that “violate the journalistic ethics”.

Based on the case records, Aygun Aliyeva was given a warning concerning her FB posts and on 26 April 2019, she wrote an explanatory letter, accepting the remarks about the posts and promising not to repeat this kind of thing again.

The protocol of the “Azertaj” Board meeting on 16 March 2019, states that A. Aliyeva often gets into “verbal altercations,” uses expressions “unacceptable for journalistic ethics,” and tries to evade responsibility in addition to her professional unfitness.

In an explanatory letter dated on 14 January 2020, Aliyeva pointed out that, in connection to her Facebook posts, she had asked for apologies from the “Azertaj” Board Chairman and promised it would not happen again. These posts allegedly contained sarcastic remarks about the Parliamentary elections in Azerbaijan on 9 February 2020.

In the course of the trial, the defendant’s representative and lawyer also confirmed that A. Aliyeva had published the posts “politically harmful” for the parliamentary elections.

As confirmed by the representative’s and defendant’s lawyer’s testimonies as well as the case materials, the dismissal of the journalist with a 21-year-long work experience took place due to her post, in which she was expressing her own opinion on a social network. In addition, it is also stated in the case materials that Aliyeva repeatedly provided explanations for her criticism, as well as asked the Chairman of the Board for apologies and promised that it would not happen again.

According to the Article 47 of the Azerbaijan Republic Constitution,

The Law of the Azerbaijan Republic, the Article 7 “On Mass Media” states that no censorship is permitted. The social networks are also one of the types of media. It should be noted that A. Aliyeva expressed her opinions on topics that are of great concern to society.

Freedom of expression constitutes one of the supporting pillars of a democratic society, a fundamental condition for its progress and the self-fulfillment of each of its members. Freedom of expression encompasses not only “information” or “ideas” that come across favorably or are regarded as innocuous or neutral, but also those that offend, shock or disturb. Such are the demands of pluralism, tolerance and liberalism, without which there is no “democratic society”. Thus, the exceptions to its implementation call for a restrictive interpretation, and any interference must be established in a convincing manner. This is the practice developed by the European Court of Human Rights (ECHR) in its decisions on violations of the right to freedom of expression.

“This freedom is almost sacred in jurisprudence, and especially in the context of the political nature. A press owns the right to control, on behalf of and at the expense of the citizens, the custom that politicians make of the powers entrusted to them. Therefore, the journalist happens to be vested with a mission representing the public interest, since the right to spread information and ideas, and the public’s right to receive it, are two sides of the same coin” (Precedents of the European Court of Human Rights, Michele de Salvia, St. Petersburg, 2004).

“Freedom of expression, as enshrined in the Article 10 of the Convention, is subject to a number of exceptions, which must, however, be construed narrowly and the necessity of any restriction of which must be convincingly established” (decision of the European Court of Human Rights incase of Sandy Times v. United Kingdom on 26 April 1979). – https://www.bailii.org/eu/cases/ECHR/1979/1.html

The interference to the journalist’s right to freedom of expression did not have any legitimate purpose and was not essential in a democratic society. The list of restrictions on the right to freedom of expression is very straightforward. The restrictions are listed in the European Convention for the Protection of Human Rights and Fundamental Freedoms, Article 10 (2).

They are as follows:

In this particular case, none of the restrictions took place. The journalist, exercising the right to freedom of expression, published the posts on social networks that were disapproved by the information agency’s management, which was confirmed in the case report. This was the real reason behind the journalist’s dismissal despite her 21-year experience.

The judgment of the European Court of Human Rights concerning the case of Khalid Bagirov v. Azerbaijan (dated on 25 June 2020) said that Khalid Bagirov, as a member of the Azerbaijan Bar Association, spoke about the court verdict at one of the political trials, “In such a state there will be the same court… If there had been justice in Azerbaijan, the judge R.G. would not have given an unfair and biased sentence, sine he would not have worked as a judge to begin with”. For these very expressions, H.Bagirov was expelled from the Bar Association. Having used all domestic legal means of protection, Khalid Bagirov appealed to the European Court of Human Rights.

It is written in the paragraph 81 of the ECHR judgment,

“Moreover, the applicant’s comments about the first-instance court may have been offensive, but those comments were mainly a protest against the applicant’s objections to the decisions in the case of Ilqar Mamedov in the criminal proceedings of the local courts. In this connection, the Court draws attention to the fact that when making those statements before the Sheki Court of Appeal, the judgment in the case of Ilqar Mamedov v. Azerbaijan (no. 15172/13, 22 May 2014) had already been issued. The Court established that the Articles 5 and 18 of the Convention had been violated and Ilqar Mamedov’s restriction of freedom had been unjustified in accordance with the Convention. Furthermore, the Court determined that there had been a number of serious omissions in the criminal case against Ilqar Mamedov (see Ilqar Mamedov v. Azerbaijan (no. 2), no. 919/15, 16 November 2017).

It is also stated in the paragraph 82 of the ECHR judgment,

“The Court also notes that attention should be drawn to the use of the expressions made by the Nizami District Court such as “abuse this right (freedom of expression) in order to tarnish our State and our nationhood is absolutely unacceptable”.

The Court considers that the local court’s reasons for terminating the applicant’s legal practice are incompatible with the objectives of the Article 10 of the European Convention for the Protection of Human Rights and Fundamental Freedoms and must not be used as a ground for restricting freedom of expression in a Democratic society requiring pluralism, tolerance and open-mindedness.

According to the ECHR ruling on 25 June 2020, the lawyer’s, Khalid Bagirov, right to freedom of expression (Article 10 of the European Convention for the Protection of Human Rights and Fundamental Freedoms) was violated.

This case is an indication that whether a case concerned a lawyer or a journalist, they have the right to express their opinion without violating the ethics of these professions. This principle is also true in the case of the Azerbaijan State News Agency “Azertaj” v. Ms. Aygun Aliyeva, an employee of the agency.