IF YOU ARE AN OPPOSITION MEMBER,

THEN YOU ARE GUILTY 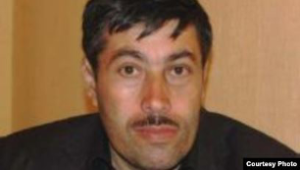 Analysis of violation of law during Tazakhan Miralamly’s judicial proceedings

On 26 February 2020, on the day of the Khojaly tragedy, Tazakhan Miralamly, a journalist and APF member, along with other members of the Popular Front of Azerbaijan, attended a ceremony that took place in front of the monument commemorating the victims of the horrible massacre in Khojaly. Ata Abdullayev, a pro-government blogger known as a provocateur in opposition circles, was also there at the mourning ceremony.

Later, Abdullayev claimed that on that day, T. Miralamly slapped him in his face, leaving traces and bruises on the impact. T. Miralamly, in his turn, stated that he had never inflicted any bodily injuries to Abdullayev.

In March 2020, A. Abdullayev posted on his Facebook page the investigator’s initiating order, however the defendant’s name was not disclosed. T. Miralamly denied that he had been informed about the initiation of criminal proceedings against him, although the investigator’s order was dated 11 March 2020.

The Criminal case against Tazakhan Miralamly was initiated under the Article 221.1 (Hooliganism) of the Criminal Code of Azerbaijan Republic.

According to the investigation version, on 26 February 2020, at about 2 p.m., T. Miralamly, a journalist, violated public order by striking Ata Abdullayev in the face without any reason, inflicting injuries that did not affect his health.

Т. Miralamly also indicated that after this incident he had had no relations, had not seen A. Abdullayev. In addition, he testified that he had not committed any criminal actions specified in the Article 221.1. of the Criminal Code of the Azerbaijan Republic.

On 19 June 2020, the Baku Khatai District Court ruled against the journalist: find Tazakhan Miralamly guilty of committing a crime under the Article 221.1 of the Criminal Code of Azerbaijan Republic and sentence him to 1 year of freedom restriction. The Court upheld the preventive measure against the journalist that had been previously chosen in the form of a abstaining from travelling. According to the sentence, the restriction of freedom was as follows: not to leave the place of residence from 23.00 to 07.00; to wear the electronic device and keep it in good condition; not to leave the boundaries of Baku city; not to change the place of residence without the court order as well as notify in advance about the change of the place of work or place of study.

The court verdict is unlawful and unjustified. As mentioned above, T. Miralamly was not informed about the initiation of criminal proceedings; he learned about it from Ata Abdullayev’s Facebook posting. However, the Article 224 of the Criminal Procedure Code of the Azerbaijan Republic stipulates the following procedure for bringing charges:

Having carefully read the verdict, it becomes clear that there is no further evidence of T. Miralamly’s guilt other than the testimony of two witnesses of the prosecution, or forensic medical examination of physical injuries. The testimony of prosecution were provided by Vadat Ismayilov, an acquaintance of Ata Abdullayev, and Rashad Borchaliyev, an employee of the agency www.xeber.az.

Forensic medical examination indicated that A. Abdullayev had blunt-force trauma on his jaw, and the injury could take place on 26 February 2020.

If we pay attention to the Article 124.1 of the of the Criminal Procedure Code of the Azerbaijan Republic, we will learn what evidence is. Thus, evidences in criminal proceedings are credible elements (information, documents, things) obtained by the court or parties of the criminal proceedings. Whereas in this case there are the following discrepancy:

124.1.1. shall be obtained in accordance with the requirements of the Code of Criminal Procedure, without restriction of constitutional human and civil rights and liberties or with restrictions on the grounds of a court decision (on the basis of the investigator‘s decision in the urgent cases described in this Code);

Witnesses’ testimonies are not supported by any other proof, except for the forensic medical report from 29 February 2020. It is known that the expert opinion is not binding for an investigator, prosecutor or court; it, like any other evidence, must be checked and evaluated by the body conducting the criminal proceedings in connection with all the circumstances of the case.

In this case, the court accepted the statement as the principal evidence without supporting it with other reliable evidence. As mentioned above, the physical examination was carried out on 29 February three days after the incident.

Besides, the video where T. Miralamly ran up to A. Abdullayev was circulated in the social networks and sites, yet, the punch itself was not captured.

There was no combination of all these three features in the journalist’s actions, which means that there was no criminal act.

In the criminal law, public order is understood as the combination of interpersonal relationships in society that ensure public order, individual and property inviolability, and the normal functioning of state and public institutions.

Actions that roughly violate public order are those that cause significant damage to public or private interests or the ones that are expressed in a biased violation of the rules of coexistence and etiquette established in society.

Gross violation of public order, manifested in flagrant disrespect for society are the actions of the violator threatening the normal life and activities of citizens, departments, enterprises and other organizations, and arousing fear and anxiety.

The term “use of force” should be interpreted as beating, harm to health, and other forms of violence that have a physical impact on the victim. The phenomenon of hooliganism violence is an expression of the intent to use physical force by means of words or actions. The liability for the threat arises when there are real grounds for implementation of the threat.

This refers to the definition of the characteristics of hooliganism specified in the Resolution of the Plenum of the Constitutional Court dated 20 May 2011.

According to the Article 87.1. of the Code of Criminal Procedure of the Azerbaijan Republic, if there are sufficient grounds to show that the individual suffered direct nonmaterial, physical or material damage as a result of the act provided for in criminal law, he shall be referred to as a victim.

Taking into account the lack of crime elements, A. Abdullayev could not be considered a victim, since there were not sufficient grounds in the case to assume that he had suffered from the physical harm caused to him by the offender.

The lack of criminal elements indicates the absence of the crime, i. e. the court issued a biased, one-sided, unmotivated sentence against the journalist.

According to the Article 349.5 of the Code of Criminal Procedure of the Azerbaijan Republic, in the following cases the court judgment shall be considered well-founded:

349.5.1. if the conclusions at which the court arrives are based only on the evidence

examined during the court’s investigation of the case;

349.5.2. if the evidence is sufficient to assess the charge;

349.5.3. if the facts established by the court are consistent with the evidence

Article 351.2. of the Code of Criminal Procedure of the Azerbaijan Republic states, that a conviction by the court may not be based on assumptions and shall be handed down only where guilt of the accused is proved during the court’s examination of the case.

This verdict is based on assumptions rather than on a set of concrete evidences and arguments. The motivation of the sentence is also provided by the Article 6 (1) of the European Convention on Human Rights and Fundamental Freedoms. Whilst this Article does not stipulate it, the numerous case law of the European Court of Human Rights has developed a practice whereby domestic courts are obliged to motivate the sentences handed down.