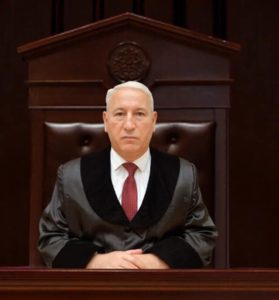 On  March 23, 2020 made the decision on application of restrictive measure towards  Tofig  Yagublu  in form of imprisonment for the period of 3 months.

2001 – Law Faculty of the Public Administration Academy affiliated to the President of the Azerbaijan Republic.

1995 – 2002 – an officer of the post patrol service squadron at the Police Department of Sharur district MIA, in Nakhchivan Autonomous Republic.