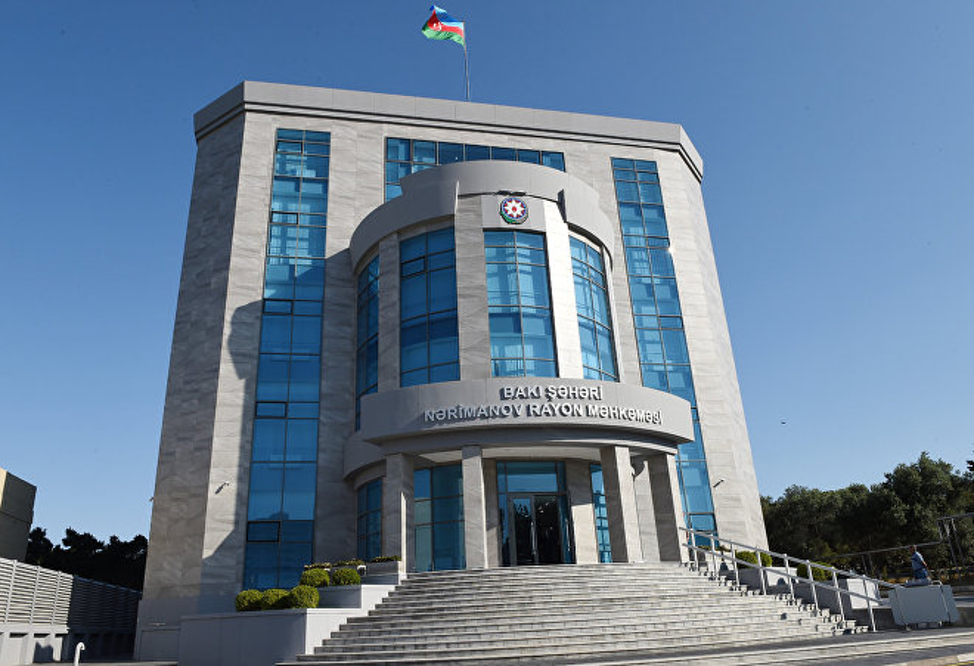 Analysis of violation of law during Niyamaddin Aslanzade’s judicial proceedings

Polad Aslanov, the founder and editor-in-chief of www.xeberman.org and www.press-az.com, was arrested in June 2019 and sentenced to 16 years imprisonment on charges of state treason on 16 November 2020.

The information regarding his arrest and the legal analysis of the unjustified sentence is available on the IPD’s website:

But the family’ s troubles didn’t seem to stop at this point. On 26 August 2021, his brother Niyamaddin Aslanzade, born in 1991, suddenly disappeared.  Polad Aslanov’s wife, Gulmira Aslanova, commented on her brother-in-law’ disappearance:

My brother-in-law was told that there was a complaint against him received from the Ombudsman’s Office. A few months ago, when my husband started his hunger strike, Niyamaddin went to the Ombudsman’s Office and expressed anger about the fact that no one seemed interested about his brother’s health. Niyamaddin suffers from a neurosis and could not control his emotions over the injustice against his brother. Later, he apologised for his own emotional outbursts. We also apologised for his behaviour.  On 26 August he disappeared. We could not find out about his whereabouts. We called the MIA’s 102 service. On 27 August his mother was told that Niyamaddin had been detained for 15 days. And today, when I was in the 18th Police Station, they told me that he had been arrested for 5 days, but they did not specify why and under what article. The Court was closed, and we could not obtain a court order.

She also indicated that her brother-in-law’s rights had been violated, as he had not been allowed to call his family upon detention and the lawyer of his choice had not been permitted to see him.

The administrative report was drawn up according to the Article 510 (Petty hooliganism) of the Code of Administrative Offences of the Azerbaijan Republic. In the course of the trial, Niyamaddin Aslanzade testified that he had been suffering from a nervous breakdown and felt angry because of the lack of any attention to his brother Polad Aslanov who was starving in detention, and therefore spoke harshly to the hotline staff of the Ombudsman’s Office.

On 26 August 2021, the Baku City Narimanov District Court found Niyamaddin Aslanzade guilty of committing an administrative offence and sentenced him to 5 days of detention.

The court verdict is unlawful and unjustified. In this case, attention should be paid to the article on which Niyamaddin Aslanzade was found guilty. The Article 510 of the Code of Administrative Offences of the Azerbaijan Republic states:

Disorderly conduct, i.e. behaviour that violates public order but is not accompanied by the use or threat of force against individuals or the destruction or damage of property, is punishable by a fine of between 50 and 100 manats, depending on the circumstances of the case and the identity of the offender; if these measures are not sufficient, then the offender is subject to administrative detention for a period of up to fifteen days.

The groundlessness of the judgment and the incorrect qualification of the act resulted in a violation of the Right to Freedom regulated by the Article 28 of the Constitution of the Azerbaijan Republic.

The Article 9 of the Universal Declaration of Human Rights states:

No one shall be subjected to arbitrary arrest, detention or exile.

The Article 9 of the International Covenant on Civil and Political Rights also prohibits arbitrary arrest and unlawful detention. By proclaiming the Right to Freedom, these articles mean personal liberty in its classical sense, that is, the individual’s physical freedom.

The purpose of the Convention is ‘to protect freedom’ and security of persons from unlawful arrest and detention.

The ECHR judgment in the case of Bozano vs France from December 18,  1986, states:

The Convention refers principally to compliance with the national law but, in addition, requires any measure of deprivation of liberty to be compatible with the objective of the Article 5: to protect the individual against arbitrariness (…). This concerns not only the “right to liberty”, but also the “right to personal integrity.

Thus, a State, which is a member of the Council of Europe and is bound by the standards of the European Convention for the Protection of Human Rights and Fundamental Freedoms, has violated the Right to Freedom and Personal Integrity in the case of Niyamaddin Aslanzade by means of the police and judicial authorities actions.