AN OPPOSITION ACTIVIST DEPORTED FROM GERMANY TO AZERBAIJAN HAS BEEN ARRESTED 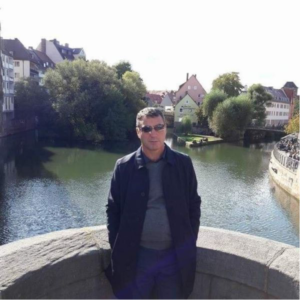 Analysis of violation of law during Mutallim Orujev’s judicial proceedings

Petitioner: Ramil Maharramov, a senior investigator of the Investigation and Inquiry Department within the Organized Crime Combating Department at the Interior Ministry of Azerbaijan

Prosecutor: Jafar Hasanov, a prosecutor at the Department for Control over the Execution of Laws in the course of Investigation, Inquiry and Operational-Investigative Activities at the Prosecutor General’s Office at the Ministry of Internal Affairs of Azerbaijan

Mutallim Orujev, a member of the Popular Front Party of Azerbaijan (PFPA), had lived in Germany the past several years. He participated in the rallies concerning the protection of the political prisoners’ rights in Azerbaijan. On 1 June 2021, M. Orujev was deported from Germany to Azerbaijan.

According to M. Orujev’s son, Elvin Orujev, “On 23 October 2021, at 11.30, my father was summoned to the State Security Service; since then we could not obtain any information about his whereabouts”. Elvin Orujev also said that his father had been summoned to the Qusar District Police Department a week earlier. The media sources informed that the Azerbaijani citizens deported from Germany some months earlier had been questioned by the police; some of them had been detained.

Mutallim Orujev was detained on charges related to a crime under the Article 234.4.3 (Illegal manufacturing, purchase, storage, transportation, transfer or selling of narcotics, psychotropic substances committed in large amount) of the Criminal Code of the Azerbaijan Republic.

On 24 October 2021, the Baku City Narimanov District Court issued, in respect of M. Orujev, an order in the form of detention for a period of 4 months.

The court verdict is unlawful and unjustified. According to the Article 9.1 of the Code of Criminal Procedure of the Azerbaijan Republic, the basic principles and conditions governing criminal proceedings is:

The Article 9.2 of the Code of Criminal Procedure of the Azerbaijan Republic states:

This provision of the criminal procedural legislation is quite serious and keeps a person and a citizen from the procedural violations committed by the legal authorities.

According to the Article 12.1 of the Code of Criminal Procedure of the Azerbaijan Republic, the judicial authorities shall observe the human and civil rights and liberties

afforded by the Constitution to all participants in criminal proceedings.

The Article 12.4 of the Code of Criminal Procedure of the Azerbaijan Republic states, that the decisions on the temporary limitation of the rights and liberties provided for in the Constitution in connection with the application of coercive procedural measures

may be taken only in case of necessity, in accordance with this Code.

According to the Article 155.1. of the Code of Criminal Procedure of the Azerbaijan Republic, the grounds for the application of a preventive measure mentioned above are as follows:

In addition, there are circumstances established by the Criminal Procedure Legislation that must be taken into account by the court when imposing a measure of restraint. They  are:

The Code of Criminal Procedure of the Azerbaijan Republic also specifies the circumstances when a measure of restraint in the form of detention may be applied:

So, having reviewed the main points of the preventive measures implementation stated in the Azerbaijani Criminal Procedure Legislation, we should now focus on those circumstances that the court considered sufficient to choose a measure of restraint in the form of arrest against M. Orujev. The ruling specifies:

Despite the fact that the court could not notice those circumstances in the case, the grounds proving them were not mentioned in any way in the court’s ruling. Each specific factual circumstance that was the basis for the arrest should have been described by the court. Moreover, the court had to consider the alternative forms of restraint specified in the legislation that were not associated with the arrest, as well as whether the public interest was superior to the restriction of a particular individual’s confinement.

The Right to Freedom is enshrined in the Article 28 of the Azerbaijan Republic Constitution, which stipulates:

The International Juridical Norms also point to the Right to Liberty. According to the Article 5 (1) of the Convention for the Protection of Human Rights and Fundamental Freedoms,

Everyone has the right to liberty and security of person. No one shall be deprived of his liberty save in the following cases and in accordance with a procedure prescribed by law.

This norm guarantees a fundamental right among the foremost rights: the Right to Freedom and Security of the Person. All individuals, whether at liberty or in custody, are guaranteed this right. The Protection provided by this Norm is strict insofar as the Article provides an exhaustive list of the deprivation of liberty cases and defines a precise scope in order to protect individuals from arbitrary imprisonment. Therefore, the European Convention for the Protection of Human Rights and Fundamental Freedoms establishes the National Judicial Authority as the true guardian of individual liberty.

The Article 155.3.1 of the Code of Criminal Procedure of the Azerbaijan Republic, stating that arrest can be chosen in respect of a person accused of a crime punishable by more than 2 years’ imprisonment, is completely contradicting the principle of the European Convention for the Protection of Human Rights and Fundamental Freedoms.

The ECHR judgment in the case of Smirnova vs Russia from 24 October 2003, states:

“60.  The danger of absconding cannot be gauged solely on the basis of the severity of the possible sentence; it must be assessed with reference to a number of other relevant factors which may either confirm the existence of a danger of absconding or make it appear so slight that it cannot justify pre-trial detention. In this context regard must be had in particular to the character of the person involved, his morals, his assets, his links with the State in which he is being prosecuted and his international contacts”.

“62.  It falls in the first place to the national judicial authorities to ensure that, in a given case, the pre-trial detention of an accused person does not exceed a reasonable time. To this end they must examine all the facts arguing for or against the existence of a genuine requirement of public interest justifying, with due regard to the principle of the presumption of innocence, a departure from the rule of respect for individual liberty and set them out in their decisions on the applications for release. 63.  Arguments for and against release must not be “general and abstract”. See: http://sutyajnik.ru/rus/echr/judgments/smirnova_eng.htm

Obviously, the court did not consider the case of M. Orujev impartially and fairly, thus violating the Article 6(1) of the European Convention for the Protection of Human Rights and Fundamental Freedoms, which states:

In the determination of his civil rights and obligations or of any criminal charge against him, everyone is entitled to a fair and public hearing within a reasonable time by an independent and impartial tribunal established by law.