THE REPRESSION AGAINST FUAD AHMADLI IS ONGOING 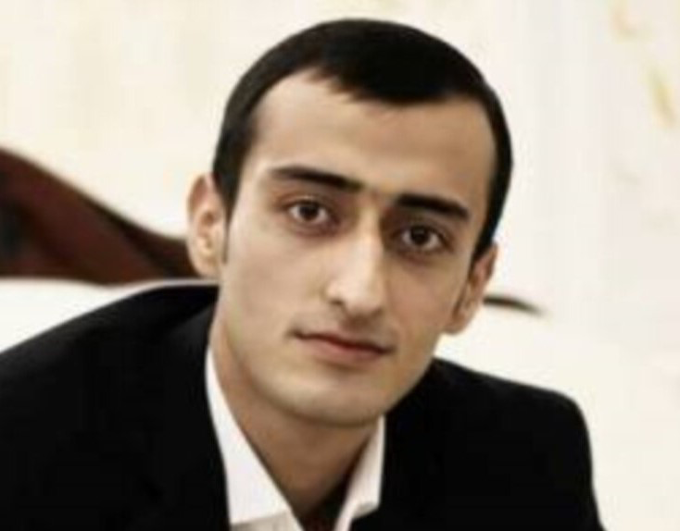 Analysis of violation of law during Fuad Ahmadli’s  judicial proceedings

The person who drew up the administrative protocol: Vugar Azadaliyev, the district policeman of the 22th Police Department of the Baku City Nasimi District

Fuad Ahmadli is a member of the opposition Party “Popular Front of Azerbaijan” (PFPA), and he is the Head of the party’s youth branch in the Baku Khatai district. In 2017, he was arrested on charges related to violations of the legislation on operative-search activity and exceeding official powers, and was sentenced to 4 years imprisonment. The Supreme Court of the Azerbaijan Republic reversed the decision of the Appeal Court and reduced the term of imprisonment to one year. The local and international organizations for the protection of human rights declared Fuad Ahmadli a political prisoner. He was released in 2020 at the end of his term of imprisonment. Since his release, Fuad Ahmadli has been repeatedly detained under administrative procedures. He is one of the irreconcilable critics of the ruling regime.

In 2021, many active members of the PFPA were arrested, some of them being given harsh sentences. One of them is Niyamaddin Ahmadov, who is also a bodyguard of the Party Chairman, Ali Karimli, sentenced to 13 years’ imprisonment on 8 October 2021.

According to Fuad’s father, Zafar Ahmadov, and a group of PFPA activists held a rally in support of Fuad near the Baku Court of Serious Crimes building on 8 October, the very same day when Niyamaddin Ahmadov was sentenced. Even prior to the beginning of the trial, the police detained several PFAP activists without any grounds, including Zafar Ahmadov’s son, Fuad Ahmadli.

“We, together with the lawyer Zubeida Sadigova, have been waiting for about 7 hours near the Nasimi district Police Station 22. Despite our efforts, the police officers did not allow the lawyer, Zubeida Sadigova, to meet with Fuad. We could not manage to see him, he had been secretly taken to the Nasimi District Court”. – https://www.amerikaninsesi.org/a/fuad-əhmədliyə-30-sutkalıq-həbs-cəzası-verilib/6263448.html

Zafar Ahmadov associated the arrest of his son with the rally held by the activists of the PFPA in support of Niyamaddin Ahmadov on 6 October, which took place near the Penitentiary Institution № 17.

On 6 October 2021, Fuad Ahmadli was found guilty for participation in the rally by the Baku City Khazar District Court. The court sentenced him to pay a fine of 70 manats for the administrative offence under the Article 510 (Failure to obey the legitimate demands of a policeman) of the Code of Administrative Offences of the Azerbaijan Republic.

On 8 October 2021, the Baku City Nasimi District Court found Fuad Ahmadli guilty of committing an administrative offence under the Articles 510 (Failure to obey the legitimate demands of a policeman) and 535.1 (Disorderly Conduct) of the Code of Administrative Offences of the Azerbaijan Republic and sentenced him to administrative arrest for a period of 30 days.

The court verdict is unlawful and unjustified. First of all, we should examine the evidentiary basis referred to by the court in issuing the ruling on Fuad’s arrest. According to the Article 76.1 of the Code of Administrative Offences of the Azerbaijan Republic, the evidence in an administrative offence case is considered any factual information, based on which the judge, the authorized body (official) establishes the presence or absence of an administrative offence, the guilt of the person who committed it and other circumstances significant for the appropriate case examination.

These facts are determined according to the material elements, explanations of the person in respect of whom the administrative offence proceedings are conducted, also, the victim’s testimony, eyewitnesses’ testimonies, and any other documents, including the tests of special technical means, the expert’s opinion, the protocol on administrative offences and other protocols specified in the Code of Administrative Offences of the Azerbaijan Republic.

In this case, the only evidence is the testimony of three police officers (Vugar Azadaliyev, Shunasib Mammadzade, Orhan Agayev) that the court took into account and convicted Fuad Ahmadli for 30 days of administrative arrest.

According to the Article 84 of the Code of Administrative Offences of the Azerbaijan Republic:

84.1 A judge, an authorized body (official) that considers a case of an administrative offence shall evaluate the evidence according to his/her inner persuasion based on a comprehensive, detailed and objective examination of all the circumstances within the case.

84.2 No evidence has a predetermined value.

As we can see, the provisions of the Article 84 of the Code were grossly violated.

Moreover, a number of rights of the detainee Fuad Ahmadli, specified in the Article 91 of the Code of Administrative Offences of the Azerbaijan Republic was also violated. Thus, under this article, the authorized body (official) shall take the following measures to ensure the rights of the detainee established by this Code:

91.0.1. immediately inform the detainee of the grounds for detention and explain his/her rights;

91.0.2. make the detainee aware of the protocol regarding the administrative offence;

91.0.3. at his/her request, inform his/her close relatives, the administration of the place where he/she works or studies, or his/her lawyer about the detention;

91.0.4. immediately inform the parents or other legal guardians of the juvenile detainee;

91.0.5. shall treat the detainee with respect for his/her individuality and dignity;

91.0.6. enable the detainee to maintain contact and meet with his/her lawyer;

91.0.7. in case the detainee does not have his own lawyer, provides him with a list of lawyers operating in the legal structures of the temporary detention facility, makes sure he/she has a possibility to communicate and meet with the lawyer of his/her choice.

As previously described, Fuad Ahmadi’s father, Zafar Ahmadov, and his lawyer Zubeida Sadigova had been waiting for 7 hours for any information regarding Fuad outside the 22nd Police Station of the Nasimi District, the lawyer had not been allowed to see the detainee, the family (father) had not been informed for 7 hours about the reasons of his son’s detention.

In the course of the trial, Zubeida Sadigova, Fuad Ahmadi’s lawyer, filed a petition to the court requesting to obtain the video recordings from the surveillance cameras installed outside the building of the Baku Court of Serious Crimes. However, the court rejected the motion. The issue of motions is governed by the Article 52 of the Code of Administrative Offences of the Azerbaijan Republic, which states:

52.1. Persons participating in production on cases on administrative offenses have the right to submit the petitions which are considered as subjects to consideration before the judge, these cases are authority (official) in production of which.

52.2. The petition moves in writing and is considered without delays. In case of refusal in satisfaction of the petition, about it determination is accepted.

Implementation of the filed petition would have served to establish the truth of the case, and this, in turn, would not have resulted in a violation of F. Ahmadi’s right to freedom.

All of the above demonstrates a violation of one of the fundamental rights, the right to liberty.

According to the Article 28 of the Constitution of the Azerbaijan Republic,

The deprivation of liberty must first and foremost be lawful in terms of domestic law; in this respect, it is incumbent upon the national judicial authorities to interpret domestic law in a particular field.

This right is enshrined both in the norms of National law and in international treaties. For example, the Article 5 of the European Convention on Human Rights states:

This norm guarantees a fundamental right among the most important rights: the right to liberty and personal inviolability. The guarantees enshrined in this article are applicable to each and every person either at liberty or in custody. In proclaiming the Right to Liberty, this article refers to personal liberty in its classical sense, i. e., the physical freedom of the individual. In order to determine whether a person is deprived of liberty, it is necessary to consider all the criteria, such as the type, duration, consequences and conditions of implementation of the measure in question, on the basis of the person’s particular situation.

This Right is to be in accordance with the European Convention for the Protection of Human Rights and Fundamental Freedoms and the general principles enshrined in the latter must be respected. In particular, the domestic trial must be fair and reasonable. The deprivation of liberty must also be justifiable, in other words it must correspond to one of the purposes set out in the exhaustive list contained within the article in question.

The Universal Declaration of Human Rights, the Article 9, also prohibits any arbitrary arrest.

The right to freedom is enshrined not only in the national legislation but also in the international law. According to the Article 9 of the International Covenant on Civil and Political Rights,

The Article 9 of the Universal Declaration of Human Rights also prohibits arbitrary arrest.

As a rule, the issue of sentencing is very crucial in this category of cases. The Court did not provide any explanation in its ruling, nor did it explain the reasons and justification for the arrest of Fuad Ahmadli. Aside from the question of the arrest implementation, the duration of the detention is also very important. The Court imposed a term of 30 days imprisonment. It is not known why, on the basis of what facts, evidence, arguments it was done. None of the above is specified in the court ruling.

Based on all of the above, we can conclude that a politically motivated judgment is not based on any National or International laws, is contrary to the basic principles of administrative justice, and violates the fundamental rights of citizens, which they are entitled to exercise in a democratic society.