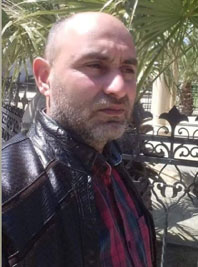 An activist of the Muslim Unity Movement (MUM) Rovshan Aliyev was summoned today to the General Directorate for Combating Organized Crime (GDCOC) of the Ministry of Internal Affairs of Azerbaijan.

This is stated in a message published on the MUM’s Facebook page with a link to a member of Aliyev’s family.

According to the same source, Aliyev was called from the GDCOC and demanded to come to this department. During the interrogation, he was questioned about the MUM’s activities and ordered not to be active. 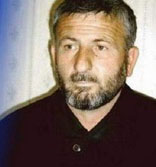 The health of the deputy chairman of the Islamic Party of Azerbaijan (IPA) Ruhulla Akhundzade, who is serving a prison sentence, has worsened again. This was reported to the agency Turan by his relatives.

“In May 2013, 65-year-old Ruhulla Akhundzade suffered a myocardial infarction in prison. Although he received some treatment, in conditions of imprisonment and prejudice against him, Akhundzade not only did not recover, but on the contrary, the disease began to worsen. Suffering from heart disease and hypertension, Akhundzade, against the background of excessive dependence on drugs, is facing developed acute renal failure, liver problems, and problems in the abdominal cavity. In addition, his vision has weakened. On these days, he can no longer stand on his feet and medications do not help him,” his relative said.

Even in this condition, despite the appeal to the leadership of Prison No. 15, the medical staff of the Prison Service does not render him assistance.

Akhundzade believes that prejudice against him is connected with his political activities.

The Akhundzade family intends to apply to various organizations and structures in connection with his state of health. They hope that Akhundzade, who is doomed to death, can still be saved. 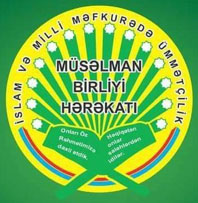 The logo of the Muslim Unity Movement

In view of the fact that several MUM activists (Elchin Gasymov, Seymur Babayev and Rovshan Aliyev) were summoned to the GDCOC of the Ministry of Interior, in the period of the last days of December 2019, the MUM press service circulated a statement. According to the statement, the press service considered these operation of the of the Ministry of Interior employees as a policy of the authorities’ pressure on the MUM in general and specifically on the believers. It also stated that the activists have been regularly summoned to the GDCOC without any explanations or reasons. The MUM leaders believe that the authorities are attempting to provoke a conflict with the MUM in order to launch a new campaign of repressions. Despite that, the statement said, the believers preferred not to aggravate the situation  and voluntarily went to the GDCOC. 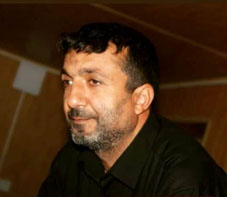 An activist of the MUM Abdul Khaliq Jafari has been summoned to the GDCOC of the Ministry of Internal Affairs on 20 December. The reasons for the call are not reported.

In recent weeks, several activists of this structure, including deputy chairman of the organization Elchin Gasymov, have been called to the MDCOC and other police departments.

Seven convicts in the “Ganja case” went on hunger strike in Prison No. 2. According to their relatives, Ali Rzayev, Togrul Verdiyev, Zabil Mammadov, Elvin Nazarov, Elman Quliyev, Orkhan Yagnaliyev and Kamal Quliyev participate in the action. They protest against their conviction for long terms of imprisonment, despite the absence of guilt.

Parents of the convicts also believe that justice is not allowed against their children and the young people are innocently condemned to long-term imprisonment.

The head of the public relations department of the Penitentiary Service, Mehman Sadigov, told Turan agency, that the information about the hunger strike is not confirmed. “At present, not a single prisoner is starving in the penitentiary institution,” Sadigov said. 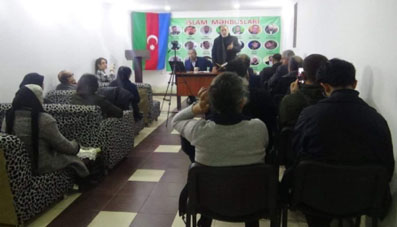 Report of the Center for the Protection of the Rights of Believers, 27 December

According to the Turan agency, on 27 December, the Center for the Protection of the Rights of Believers presented a report on the results of the year, which reflects cases of pressure on believers.

The event was attended by members of families of political prisoners and convicts in the Nardaran and Ganja events, as well as in the “Terter case”.

The mother of Muraz Rahimov, who was killed by security forces during a special operation, stated that her son did not commit a crime and became a victim of repression. “My son was killed and secretly buried,” the woman said, demanding the posthumous rehabilitation of her son.

The father of Emin Aliyev, who was arrested in the Terter case, Nasir Aliyev, announced the unjustified arrest of his son and horrific torture against the defendants in this case.

“They pulled out their nails and let electric current through their bodies. Some had their fingernails pulled out. Fittings were heated and shoved directly into the ribs. Plastic containers were melted and poured hot on the body,” the man said.

The speakers demanded that the authorities investigate violations of the rights of prisoners and punish those responsible.