THE COURT VIOLATED THE FUNDAMENTAL RIGHTS OF ANAR ABDULLAYEV 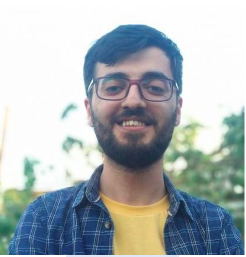 Analysis of violation of law during Anar Abdullayev’s judicial proceedings

The person who drew up the administrative protocol: Javid Yusifkenan, the district policeman of the 18th Police Department of the Baku City Narimanov District

A member of the civil movement N!DA and reporter Anar Abdullayev (called Abdulla) was first arrested on 27 May 2016. At that time, he was accused of being resistant to the police officer and was detained under administrative arrest for 10 days. During the arrest, the law enforcement authorities violated a number of the National legislation procedural requirements. Having gone through all the judicial instances within the country, Anar Abdullayev’s lawyer Shahla Humbatova filed a complaint to the European Court of Human Rights (ECHR), the decision on which has not been announced, yet.

On 5 October 2021, Anar Abdullayev, working as a reporter, was again arrested. An administrative protocol under the Articles 510 (Failure to obey the legitimate demands of a policeman) and 535.1 (Disorderly Conduct) was drawn up with respect to A. Abdullayev. Both Articles are listed in the Administrative Offences Code of the Azerbaijan Republic.

According to the law enforcement, on 5 October 2021, Anar Abdullayev orally insulted the police officers at the 18th Police Station of Narimanov District Police Department. When the policemen tried to calm Anar down, he resisted by pushing them in the chest. In the course of the trial, the police officer testified that Anar Abdullayev had been summoned to the police station for a preventive discussion regarding his comments on social media sites.

On 6 October 2021, Anar Abdullayev testified at the Baku City Narimanov District Court that during his arrest he had been subjected to physical pressure by the police officers. Anar Abdullayev linked his arrest to some of his comments on social networks, which were related to political situation in Azerbaijan.

In his turn, Elshad Hajiyev, the Head of the Press and Public Relations Department of the AR Ministry of Internal Affairs told the journalists that the assumptions of physical pressure against Anar Abdullayev had been groundless and not true.

Anar Abdullayev’s girlfriend, Mina Alyarly, told the journalists that Anar had been summoned to the 18th Police Department of the Narimanov District on 5 October 2021. He went there at 4 p.m., having left his phone with his relatives.

Some time later, his relatives got a phone call on Anar Abdullayev’s mobile phone and the police ordered them also to come to the 18th Police Station of the Narimanov district. The Police Officers also informed them that Anar had been held there. Mina Alyarly further stated that Anar Abdullayev had been questioned in the absence of his lawyer.

Anar Abdullayev had been previously detained several times while filming a number of various rallies.

On 6 October 2021, the Narimanov District Court of Baku City ruled that Anar Abdullayev had committed the administrative offenses under the above Articles and sentenced him to 15 days of administrative arrest.

As stated above, Anar Abdullayev testified in the course of trial that he had been subjected to physical abuse.  Despite the information in the press regarding the physical pressure on the reporter, and his testimony at the trial, the court either did not investigate these arguments or stop the administrative proceedings against Anar Abdullayev.

The ill-treatment is prohibited by both domestic and international laws. According to the Article 5 of the Code of the Azerbaijan Republic On administrative violations,

5.3. When applying measures on provision of execution of administrative violation cases, it is not allowed to issue resolutions and take actions, humiliating the human dignity.

According to the Article 3 of the European Convention for the Protection of Human Rights and Fundamental Freedoms, no one shall be subjected to torture or to inhuman or degrading treatment or punishment.

As part of the immutable articles of the European Convention for the Protection of Human Rights and Fundamental Freedoms and an internationally accepted Norms expressed in similar terms in other International Documents, this provision categorically prohibits torture and inhuman or degrading treatment or punishment. Unlike other Norms that permit interference, this Article does not stipulate any exception, and in this sense it enshrines one of the core values of the democratic societies that comprise the Council of Europe. The absolute nature of the guarantees is reinforced by the fact that the actions that are reproached the victim, no matter how inappropriate or dangerous they may be, can in no way justify any infringement on his dignity and physical integrity. In short, the Norm protects the dignity and physical integrity of the individual.

In order for ill-treatment to constitute a violation of the European Convention for the Protection of Human Rights and Fundamental Freedoms, Article 3, it must attain a minimum level of severity. As a consequence thereof, the jurisprudence has developed an interpretation to be given to the various notions contained in this article: inhuman, humiliating treatment; imperfect, inhuman, and humiliating punishment. As for torture, in general terms, it is considered to be an aggravated form of inhuman treatment.

“The Court recalls that in order for ill-treatment to constitute a violation of the Article 3, it must reach a minimum level of severity. The assessment of this minimum level is inherently relative; it depends on all the facts of the case, in particular its duration, its impact on the physical or mental person’s state and, in some cases, on the sex, age and state of health of the victim concerned” (The European Court of Human Rights judgment in Selcuk and Asker v. Turkey on 24 April 1998). –

“In order to ‘determine whether there are serious and proven grounds for believing in a real risk of treatment incompatible with the Article 3, the Court relies on the combination of evidences, or, if necessary, those that are brought to its attention on its own initiative’ (the European Court of Human Rights, judgment in Cruz Waras and Others v. Sweden on 20 March 1991. – https://www.refworld.org/cases,ECHR,3ae6b6fe14.html

As noted above, the Court either did not investigate Anar Abdullayev’s arguments or take any initiative in compiling evidences that could prove mistreatment by the police officers.

The principle of the presumption of innocence, which is set forth in the Article 8 of the Administrative Offences Code of the Azerbaijan Republic, was also violated with respect to Anar Abdullayev. According to this article:

8.2. The person being called to account for administrative violation has not to prove his guiltlessness.

8.3. Doubts regarding the guiltiness of the person called to account for administrative violation shall be resolved in his favour.

This legal norm was entirely violated by the judicial body. The doubts regarding the guilt were not resolved in favor of the person brought to administrative responsibility.

Further, in this case, there is a relevant matter of the imposition of punishment. Obviously, there is a violation of the principle of justice, which is enshrined in the Article 9 of the Code of Administrative Offences of the Azerbaijan Republic. This article state:

The Court did not consider an alternative type of punishment, unrelated to the arrest. The choice of administrative confinement as a penalty is not either reasonable or justified, since, firstly, the guilt of Anar Abdullayev was not proved with sufficient and irrefutable evidence before the court, and secondly, the court ruling was not substantiated, justified and lawful.

All of the above indicates a violation of a number of fundamental rights, the observance of which is necessary in democratic societies: the right not to be subjected to ill-treatment, the right to the presumption of innocence, the right to a lawyer, and finally, the right to liberty. The rights, in relation to Anar Abdullayev, that has been violated