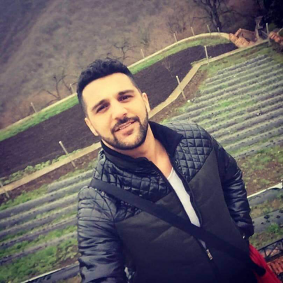 Analysis of violation of law during Muhammad Imanly’s judicial proceedings

On 16 July 2020, Muhammad Imanly, a member of the People Front Party of Azerbaijan (PFPA) at Sabunchi district was arrested by the police officers from the 13th Department of the Baku Sabunchi district. A day prior his arrest, on 13-14 July, there were intense clashes in Tovuz district on the Azerbaijani-Armenian border. As a result of those fights eleven Azerbaijani militaries were killed including the general Polad Hashimov and colonel Ilqar Mirzoyev.

On 15 July 2020, a large rally and demonstration in support of the Azerbaijani army was held in Azerbaijan. A large number of people were marching a long way from the city of Sumgait to the center of the capital of Baku. The protesters passed by the President administrative building and approached the Parliament. According to eyewitnesses, a small group of strangers burst into the Parliament building and damaged the state property. The rally participants said that those people had been provocateurs who had been sent to break the law. On the photos made during the rally, there were captured some employees of the State Security Service.

After 15 July, there were arrests of PFPA functionaries who were accused of premeditated destruction or large-scale property damage, organization of actions facilitating violation of public order or active participation in such actions, as well as resistance or use of violence against the authorities.

Having participated in the rally Muhammad Imanly marched only up to the “Koroglu” metro station that was a 20-minute walking distance away from the city center, after which he returned home.

Next morning the district policeman came up to M.Imanly’s apartment and asked to follow him to the 13th police station of the Baku Sabunchi District Police Department. Muhammad Imanly spent there for 4 days, and during that time his family was not informed about the reasons of his detention.

A few days later Muhammad Imanly was brought to the trial. He was prosecuted for the crime commission in the crimes under the Article 139-1.1 (Violation of the anti-epidemic regime, sanitary and hygienic or quarantine procedures) of Criminal Code of the Azerbaijan Republic.

On 22 July 2020, the Baku City Sabunchi District Court issued a ruling to impose a preventive punishment measure against M. Imanly in the form of 3-month detention. Taking into account M.Imanly’s health conditions, he was placed into the Penitentiary Service Specialized Medical Institution #3. During the whole period of his arrest M. Imanly was not allowed to communicate with his immediate family members, relatives or friends. The family was not informed about his condition and the reasons for his arrest. Imanly’s lawyer wasn’t allowed to see him either.

M.Imanly’s defence filled an appeal against the Sabunchi ruling issued on 22 July 2020 to the Baku Appeal Court, however it was denied and M. Imanly was left under the arrest.

In September 2020, the defense filed a petition to replace the detention measure with a house arrest.

The court verdict is unlawful and unjustified. The Article 155 of the Criminal Procedure Code of the Azerbaijan Republic shall regulate the grounds for determining the measure of preventive punishment, among which:

Also, in resolving the question of the necessity for a restrictive measure and which of them to apply to the specific suspect or accused, the preliminary investigator, investigator, prosecutor in charge of the procedural aspects of the investigation or court shall bear in mind:

On 22 July 2020, against M. Imanly, it was chosen a preventive measure in the form of detention. Since the beginning of the preliminary investigation to the present the investigation was conducted only in the first two days. In addition, if we pay attention to the Article of the Criminal Code of the Azerbaijan Republic under which M. Imanly has been accused, we understand that nowadays, almost 3 months after his arrest, he does not pose any kind of danger to the public. Even though assuming that he was ill with the new type of coronavirus COVID-19, the incubation period of this disease lasts from 14 to 21 days. Beyond 3 months from the date of arrest, he could not have any virus at all, which means that the prolonged detention is illegitimate.

According to the Article 5 (1) of the European Convention for the Protection of Human Rights and Fundamental Freedoms:

(b) the lawful arrest or detention of a person for non-compliance with the lawful order of a court or in order to secure the fulfilment of any obligation prescribed by law;

The Decision of the Plenum of the Supreme Court of the Azerbaijan Republic from 3 November 2009, “On the practice of implementation of the legislation by the courts while considering petitions on detaining of the accused” indicates that in addition to the above-mentioned justified suspicions, there must be also the procedural grounds. The Plenum also advised the courts to take into account the nature and degree of danger to the public posed by the accused, the information on his identity, including age, family status, occupation, health condition and other circumstances.

Currently, there are no grounds to believe that M. Imanly, being at large, may interfere with investigations or avoid the investigation, and, in addition, may not appear without a valid reason on the orders of the investigating body that carries out the criminal process, to avoid being brought to criminal charges and serving his sentence.

Furthermore, M. Imanly has a permanent residency, and two young children, the oldest of whom is a year and a half, and the second one was born at the time of his detention.

Based on the case materials, all the necessary investigative procedures have already been conducted and the list of evidence has been determined. Therefore, there is no way for M. Imanly to interfere in the course of the investigation.

It is significant that, there was not carried out a single investigative activity with M.Imanly’s participation following the imposition of the constraint measure in the following days. All investigative procedures that may be carried out afterwards could be conducted with the involvement of M. Imanly, even if he is at large. In other words, for this purpose, there is no need to keep him in detention.

According to the press reports, there is no preventive measure in the form of arrest in respect of those who suffer from coronavirus and leave their place of residence without the appropriate permission. On the police and doctors’ recommendation, they are returned to their homes, continue treatment, and in case of criminal charges, are placed under the police supervision. This illustrates the fact that the arrest of Muhammad Imanly is biased and illegal.

According to the Article 163.1 of the Code of Criminal Procedure of the Azerbaijan Republic, house arrest is a restrictive measure which restricts a person’s liberties and some other rights by a court decision, without the accused being detained on remand and isolated completely from society.

The punishment under the Article, under which M. Imanly is accused, is up to 3 years of imprisonment. This activity belongs to the category of less serious crimes. The Article also foresees a fine as well as limitation of freedom.

As it was mentioned above, M. Imanly has a permanent place of residence, two young children, he has a higher education, and he is an opposition party activist; though he has never been convicted before, and is the only breadwinner in the family.

The detention is justified only if the particular characteristics reveal a public interest that prevails over the respect of individual freedom, despite the presumption of innocence. The national judicial authorities must consider all circumstances that enable a public interest to be demonstrated that would justify exceptions to the general rule on respect for individual freedom.

The court ruling stated that there were no grounds to substitute the preventive measure, and the danger existed at the time of arrest had not been eliminated yet. However, the ruling does not specify the exact danger posed by M. Imanly. The court did not consider the issue of non-arrest-related preventive measures.

The European Court of Human Rights (ECHR) precedents prohibit any arbitrary arrests. Thus, in the paragraph 153 of the ECHR judgment in the case of Labitha v. Italy from April 6, 2000, stated, “The persistence of reasonable suspicion that the person arrested has committed an offence is a condition sine qua non for the lawfulness of the continued detention, but after a certain lapse of time it no longer suffices. In such cases, the Court must establish whether the other grounds given by the judicial authorities continued to justify the deprivation of liberty. Where such grounds were “relevant” and “sufficient”, the Court must also ascertain whether the competent national authorities displayed “special diligence” in the conduct of the proceedings”

As it is seen from the described above, the illegitimate and groundless ruling of the court rejecting the request of the defense to replace the measure of restraint in the form of house arrest, entailed the violation of the constitutional norm, the norms of criminal procedure legislation, stipulated in the Article 5(1) of the European Convention for the Protection of Human Rights and Fundamental Freedoms, the Article 3 of the Universal Declaration of Human Rights, the Article 9 of the International Covenant on Civil and Political Rights, as well as the judicial precedents of the European Court of Human Rights.