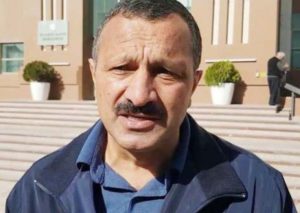 Statement of Institute for Peace and Democracy

On September 3, 2020, the judge of Baku City Nizami District Court Nariman Mehdiyev pronounced sentence the prominent leader of the opposition Tofig Yaqublu guilty in hooliganism (Article 221.3 of the Criminal Code of Azerbaijan Republic) and sentenced him to 4 years and 3 months in high security colony.

Currently, there are 191 political prisoners behind bars in Azerbaijan. See: https://www.ipd-az.org/political-prisoners-for-10-august-2020/

A new wave of brutal repressions began in spring of 2020, after March 19th speech of President Ilham Aliyev, when he called for reprisals against opposition as “enemies of nation” and “the fifth column”.

The judicial proceeding, whereat rules of law and arguments of the defense were ignored, is a clear illustration of the complete legal lawlessness in Azerbaijan Republic.

European Court of Human Rights will recognizes the verdict of Tofig Yaqublu unlawful, violating the Articles of the European Convention. But will not young, with poor health condition person survive these years and these humiliations?

Tofig Yaqublu is the first victim of the 2020 repression. During pandemic, authorities began their next repressive drive with the most authoritative leader of the opposition. In total, in the period of March – August 2020, criminal cases were falsified against 43 opposition activists, see:  https://www.ipd-az.org/courts/

We summon all Azeri nation and the international community to begin the struggle for the release of one of the best sons of Azerbaijan, Tofig Yaqublu.

Director of Institute for Peace and Democracy

Chevalier of the French Legion of Honor

Winner of Battle of Crete Award

Sakharov Prize for Freedom of Thought of the European Parliament Finalist