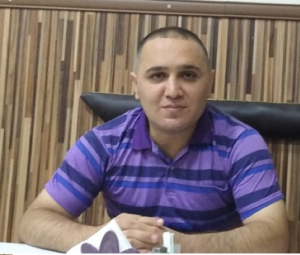 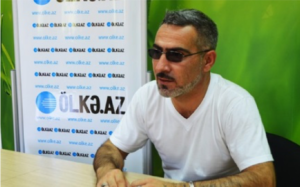 Elchin Hasanzade, a journalist and member of the Popular Front Party of Azerbaijan (PFPA), was subjected to repeated persecution for his political position and was threatened and blackmailed. On 22 April 2020, E. Hasanzade wrote a post on Facebook about another attempt to pressure him, he posted, “Today, an officer of the Khazar District Police Department called me and insisted that I come to the police. I asked him the reason behind his call. He immediately made-up various pretexts. Then, I asked him to send me a subpoena. Afterwards, I received a call from the housing-management and they asked me to urgently come there”. Elchin Hasanzade also pointed out that many political and public activists were being recently arrested (during the coronavirus pandemic), so he, too, was at risk of being arrested.

In May 2020, Shahriyar Mustafayev, the Head of Mingachevir Public Utilities Department, filed a complaint to the court regarding the slander and insult caused by Elchin Hasanzade and Ibrahim Salamov, a public activist and actor of the Mingachevir State Drama Theater. According to S. Mustafayev’s complaint, on Facebook, E. Hasanzade and I. Salamov spread defamatory and inappropriate information that insulted his honor and dignity.

Mr. Mustafayev considers the following phrases to be an insult, “a jerk, with big and small horns”, “criminal, murderer, a corruptionist”, as well as an article titled “Why aren’t the heads of the Housing and Utilities Department getting better…!!?”, which contains the following information, “There are reports about officials in the regions who turned into oligarchs using money stolen from people by stealthy means. One of such officials is Shahriyar Mustafayev, the Head of Mingachevir’s Housing and Public Utilities Department.”».

The court heard a criminal case under the Articles 147.1 (Slander), 147.2 (Slander, which is connected with accusation of committing serious or especially serious crime) and 148 (Insult) of the Criminal Code of the Azerbaijan Republic in the order of special proceedings.

On 16 November 2020, the Mingachevir City Court issued a verdict against E. Hasanzade and I. Salamov. They both were found guilty of the charges and sentenced to 6 months of community service.  The bloggers appealed to the Court of Appeal.

The court verdict is unlawful and unjustified. First, let’s study the articles that were incriminated to the accused.

According to the Article 147 of the Criminal Code of the Azerbaijan Republic:

The Article 147 of the Criminal Code of the Azerbaijan Republic states:

The accused claim that they have the evidence of Shahriyar Mustafayev’s corruption captured on video, which proves their validity and accusations against the official. So, the assertion of S. Mustafayev that the accused spread deliberately false information about him and accused him of committing a serious crime, has no grounds. However, the court did not take into account these facts.

According to the Article 47 of the Constitution of the Azerbaijan Republic:

According to the paragraph 6 of the Resolution of the Azerbaijan Republic Supreme Court Plenum “On Judicial Practice Related to Special Charges Complaints” dated on 21 February 2014,

It should be explained to the courts that according to the precedents of the European Court, thoughts or facts spread via information should be differentiated. If the existence of a fact can be demonstrated, whereas the validity of the thoughts cannot be proved. The requirement to prove the validity of thoughts cannot be complied with and violates the freedom of thought itself, which is a fundamental part of the right set forth in the Article 10 of the Convention. At the same time, when claims are made against the conduct of a third party, it is sometimes difficult to determine the difference between thoughts and the submission of facts. Despite this, even if thoughts are not based on facts, they may be quite unreasonable.

The Law “On Mass Media” states in its Article 7:

The State censorship over mass media, as well as the creation and financing of special state bodies or positions for this purpose, shall not be permitted.

The right of the mass media to receive information is regulated by the Article 8 of the Law “On Mass Media”. It says:

The mass media are entitled to receive prompt and reliable information about the economic, political, social and welfare situation in society, and about the activities of State bodies, municipalities, institutions, enterprises and organizations, public associations, political parties, and functionaries.

There is a clause in the Law, the Article 11, “Any mass-media editor responsible for the publication (broadcasting) of a report and (or) a journalist may not be compelled to disclose the source of information, except in cases prescribed by the Law, when the case is under investigation or in the course of judicial proceedings. …. The court may force an editor or journalist to disclose a source in the following cases:

1) to protect a life of an individual;

2) in order to prevent a serious crime;

3) in order to protect a person accused or convicted of a serious crime.”

In this case, the defendants might not have disclosed the source of information about the official’s corruption, since the Law fully protects the journalist’s right to the confidentiality of the information source.

The right to freedom of speech is regulated by the Article 10(1) of the European Convention for the Protection of Human Rights and Fundamental Freedoms. There is a precise list of restrictions that are allowed to apply, which is outlined in the article. These restrictions are as follows:

The right to freedom of speech is an essential individual’s right, and in particular, it has a significant part in the establishment of democracy and implementation of all other human rights.

According to the Article 19 of the International Covenant on Civil and Political Rights,

In 2011, the President of Azerbaijan signed a Decree “On the National Program of Action for Ensuring Human Rights and Freedoms”. The Paragraph 1.7 of the Decree stated the following provision, decriminalization of defamation in the legislation, i.e. the exclusion of the articles regarding slander from the Criminal Code of the Azerbaijan Republic. In 2012, the implementation of the Decree was assigned to the Presidential Administration. However, the decriminalization of defamation has not yet been undertaken. Not only has defamation legislation been decriminalized, but, in 2015, there were amendments to the AR Criminal Code. But also, it was added the Article 148.1 (Libel or slander by using fake user names, profiles or accounts on the Internet) to the Azerbaijan Republic Criminal Code. There were amendments to the Articles 147 (Slander) and 148 (Insult) of the Azerbaijan Republic Criminal Code, and the words “Internet resources” was added as well.

Numerous recommendations of the Council of Europe’s Baku Office on the implementation of legislation to decriminalize defamation have also been ignored.  ODIHR, the Office for Democratic Institutions and Human Rights, published a report on its visit to Azerbaijan on 19-21 December 2020. It is stated in the report that “although the constitution guarantees freedom of expression, defamation is still a crime and extends to the sphere of the Internet, punishable by up to two years’ imprisonment. ”

Decisions of the European Court of Human Rights (ECHR) often point to violations of the right to freedom of expression. Furthermore, there are certain criteria according to which one can speak of interference.

In this case, there was an interference. That’ s unequivocal. Moreover, such an interference was prescribed by the law. Yet, it was not necessary in a democratic society, and the arrest of the accused struck a balance between the interests and reputation of the special prosecutor and the right of the accused to liberty.

The decision of the European Court of Human Rights in the case of Oberschlick v. Austria on 23 May 1991 states, “57. The Court has repeatedly stressed that freedom of expression, as guaranteed by the Article 10, paragraph 1, constitutes one of the essential foundations of a democratic society, one of the basic conditions for the progress and self-fulfilment of all its members. Being a subject to the restrictions set out in the Article 10, paragraph 2, it extends not only on “information” or “ideas” that are favourably received in society or regarded as innocuous or neutral, but also on those who offend, shock or alarm the State or part of the population. These are the requirements of a pluralistic, tolerant and broad-minded society, without which there is no “democratic society”.

The legislation in this area, in particular the Articles 147 and 148 of the Criminal Code of the Azerbaijan Republic, which should have been decriminalized as recommended by the international organizations, does not comply with the European Convention for the Protection of Human Rights and Fundamental Freedoms.

The Article 151 of the Azerbaijan Republic Constitution states:

Thus, all other laws lose their legal force in the context of the Constitutional Norms on the validity of the International Treaties.