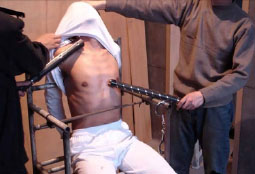 Another trial on the so-called “Ganja case” was completed in Sabunchi District Court on 01 March. The Judge of the Ganja court on serious crimes, Khagani Samadov, issued a sentence on a group of 6 people, condemning them for terms from 6 to 8 years imprisonment. The relative of the condemned for 7 years imprisonment Elvin Allahverdiyev told in an interview with a correspondent of the Veten ugrunda agency, that Elvin brought food basket to his arrested friends Renat Mammadov and Elvin Nazarov on 11 June 2018. But he was also arrested in the premises of the Kyapaz Police Station in Ganja, and he was taken to pre-trial detention center No. 1 in the village of Kyurdakhani in Baku suburb on 25 July.

Prior to the trial, relatives could not visit him, all contacts had to be made through a lawyer. When relatives finally saw Elvin Allahverdiyev at the trial, they did not even recognize him at first: “Elvin told us that he had been brutally beaten in Ganja. 6-7 people were attacking him and beat him with their hands and feet, his ears were bleeding and his face was swollen with bruises. All his teeth were knocked out, his gums were bleeding, and he couldn’t eat. He could only digest the liquid food. He is living with severe pain”. According to relatives’ word, Elvin was beaten day and night for 9 days at the Kyapaz Police Station. These 9 days were not documented ay all, “Having tied his arms and legs together, he was beaten with truncheons until he lost his consciousness. They beat him from morning till night and stopped only at the moment when they were tired of doing it. His ribs were broken on one side, so he could lie on one side for some months”.

Leyla Ismayilzade, the leader of the Muslim Unity Movement (MUM) Tale Bagirzadeh’s wife, told a correspondent of the Azadliq newspaper that the prison staff monitored all telephone conversations and put pressure on the theologian. In a telephone conversation with her, the MUM leader said that he “had been asked to write a letter of repentance and ask for pardon, but he refused to do so. After that, the pressure against him just increased”. Leila Ismayilzade appealed to the Penitentiary Service management asking to give her husband an opportunity to read the press so that he would not be in the information blockade. But that request was rejected. 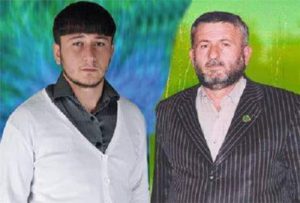 According to the newspaper Azadliq and radio Voice of America, Ruhulla Akhundzade, one of the leaders of the Islamic Party of Azerbaijan, who was sentenced to 11 years and 6 months in prison in October 2011, while being the eighth year in the penitentiary colony № 15, announced a hunger strike in protest against the pressure on him. He was seriously ill and underwent heart surgery at a prison hospital in 2013. But he needed to be undergoing serious and constant treatment. However, lately he has not received this kind of treatment. Moreover, they began to put pressure on him in order to renounce his faith. He was required to shave off his beard and then threatened to forcibly do it. And then they sent him to a punishment cell. After all the above, the believer announced a hunger strike while he was in solitary confinement.

Upon discovering it, his son, Muhammadali Akhundzade, sentenced to 5 years and 6 months imprisonment in June 2016, also joined his father’s protest and began a hunger strike.

Mehman Sadigov, the head of the Public Relations Department of the Penitentiary Service, told the Voice of America correspondent that the Akhundzade, father and son, did not request a hunger strike and therefore he denied this fact.

Another case was initiated in the Ganja Serious Crimes Court chaired by the Judge Natiq Aliyev in connection with the July 2018 events in Ganja. This time, it concerned a group of 8 people. Once again, the court was not held in Ganja, which was a violation of the law, but in the building of the Sabunchi District Court of Baku. 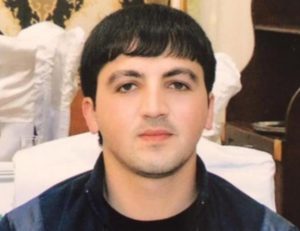 As later on the relatives told the journalists of the agency Veten ugrunda, on 23 July 2018, Urfan Mammadov was called to the Nizami Police Station in Ganja, where he was then arrested and tortured. He was brutally beaten and electrocuted, many times even through his genitals. When he lost his consciousness, they poured water on him to make him come back to his senses. Then they proceeded to beat him again. Urfan Mammadov, who had lost consciousness, the police officers handcuffed and dragged him to the office of Adalat Sadigov, the head of the Nizami Police Station in Ganja. The latter first cursed Urfan Mammadov, then personally tortured him and demanded to sign the interrogation report with the necessary confessions, frightening him with even more brutal torture and humiliation.

His relatives also told journalists that signs of torture were still visible on his body at the trial, and Urfan Mammadov requested an expertise, but the court declined to consider these demands, as well as other appeals of the accused.

Besides the head of the Ganja Police Department, Adalat Sadigov, also Orhan Babayev, an investigator of the Investigative Department of the General Prosecutor’s Office of Azerbaijan, who “distinguished himself” in mockery and torture of the accused. 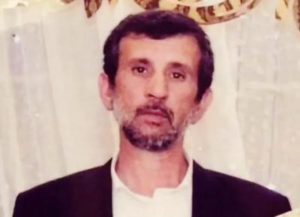 Then the floor was given to Rauf Bayramov, a resident of the village of Ziyadly in the Samukh district. He was detained on charges of involvement in the Ganja events on 23 July 2018.  As in that case, after the trial, the son of the arrested person told the journalists of Veten ugrunda agency that his father was brought to the Nizami Police Station in Ganja and subjected to brutal beatings. From the beatings “his father started to spit up blood. They regularly passed current through his entire body and clamped his fingers in metalwork vice.” Then they both, father and son, were transferred to the General Prosecutor’s Office in Baku, where Orkhan Babayev, an investigator, tortured the arrested people. As a result, Rauf Bayramov could not tolerate it and signed everything that the investigator O. Babayev had demanded.

The other Rauf Bayramov’s son, Huseyn, a 22-year-old young man, was arrested and subjected to no less brutal torture on 1 September 2018. According to his relatives, the investigator Orkhan Babayev first threatened to throw him out the window and kill him, and then proceeded to beatings with a truncheon.

The Bayramovs, father and son, are also charged under the 21 Articles of the Criminal Code of Azerbaijan.