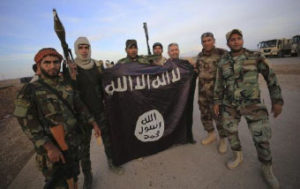 The Baku Court of Appeal, presided over by the Judge Aflatun Gasymov, started the trial on the complaint of Rovshan Rahimov, who had taken part in the fighting as part of the illegal armed groups in Syria. It was the first hearing to consider the complainant’s profile and other procedural issues. It should be noted that Rahimov, along with Mehman Qarayev, was convicted by the Baku Court of Serious Crimes to nine years imprisonment. According to the indictment, both were convicted in 2013, went then to Syria where they fought being members of the illegal armed groups, and then returned to Azerbaijan. The next meeting on the complaint is scheduled for 21 October.

The Baku Court of Appeal, under the chairmanship of the Judge Aflatun Gasymov, has completed the trial on the Rovshan Rahimov’s complaint. Along with another radical believer, Mehman Qarayev, he participated in fighting in Syria as part of the illegal armed groups. Both were sentenced to 9 years imprisonment. Rovshan Rahimov was distressed by the judge’s actions and the process in whole, therefore he appealed. But during the proceedings, all of the arguments made by the plaintiff’s lawyer were found to be groundless, and on this basis the court denied Rovshan Rahimov’s appeal.