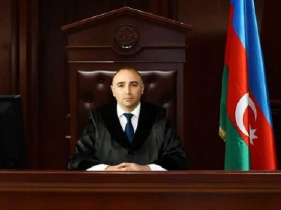 On June 19, 2020,  he  pronounced the verdict : to find journalist Tazakhan Miralamly guilty of committing a crime under Article 221.1. of the Criminal Code of Azerbaijan, and sentenced him to 1 year of restriction of freedom.

On February 27, 2020 he recognized Mammad  Ibrahim guilty and sentenced  him to  10 days of administrative arrest.