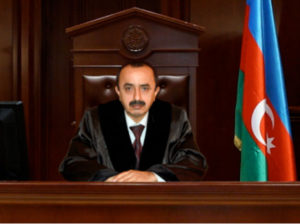 He was the chairman to the trial at Baku Court of Appeal and on February 22, 2020, decided not to satisfy claims of the candidate in deputies of Parliament Samed Rahimli